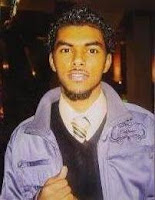 I’m not going to write a very long post for this story. It’s not because it isn’t important, or that I don’t want as many readers to pay attention to it as I can attract…it’s simply because the story is so far beyond heartbreaking, it is so far beyond anything any of us parents could ever fathom, in any way.
That said, I want you to try. I want you to try and imagine what it would be like to not be an American. Instead, you are an immigrant from a country on the other side of the globe- a country gripped by civil war, death and unrest. Years ago you and your wife escaped to America, with plans to have a family and give them a life you could have only dreamed of as a child. Years later, your oldest child- a son- with a promising future in engineering disapears. What would you do? What would you think? What lengths would you go to get him back? What if you found pictures of his lifeless body on the internet and subsiquently learned that your child had somehow made his way to the country from which you fle

d (and which he knew little about) – to fight in the war? What would you do then? more..http://sableverity.com/2009/07/24/lost-sons-stolen-lives/
Family learned over Internet that son was killed
http://www.cnn.com/2009/CRIME/07/24/somalia.americans/index.html
we broke the story
Jamal Bana Government displays the body of foreign
Posted by Siad barre at 10:07 AM