Cartoons, threats preceded Sweden bombing
update on Stockholm attack follows terror warnings. Stockholm Hit By Failed 'Terrorist Attack'
Stockholm - Sweden's national Security Police estimate there are some 200 militant Islamists in the Scandinavian country, the Aftonbladet newspaper reported Tuesday. The number was mentioned in a study commissioned by the government earlier this year, tasking the Security Police to chart the extent of radical militant Islamists that propagate violence. Up to 80 per cent of the militants belonged to various networks, the rest were loners or individuals with foreign ties, Aftonbladet quoted the unnamed source as saying. The report was due for official publication on Wednesday. Meanwhile, the Security Police continued their probe into Saturday's suicide blast in central Stockholm.
The suicide bomber, an Iraqi-born Swede, was the only fatality in the attack. Two people were injured. The Security Police said Monday the US Federal Bureau of Investigation (FBI) would assist them. The FBI team includes experts with knowledge of tracing explosives and methods used by terrorists in bomb attacks in other parts of the world. Security Police chief Anders Danielsson on Tuesday said investigators were seeking to find out where the suicide bomber underwent training prior to the attack.
'The security police are looking at Iraq, Afghanistan, Pakistan and Somalia,' Danielsson told Swedish TV.
Sweden is also cooperating with British authorities since the man had lived and studied there. His home in Luton, north of London, has been searched by British police.
Jan Hjarpe, one of Sweden's foremost experts on Islam, said he believed the attack was the result of a loner rather than a group after analysing the audiofile the suicide bomber included with a threatening email sent shortly before the explosions.
The attack was the result of 'a personal tragedy - that could have had a devastating outcome,' the former professor of Islamic studies at Lund University said in an op-ed article in the Svenska Dagbladet daily.
'His (the suicide bomber's) call to Muslims in Sweden to join the struggle shows his isolation,' Hjarpe said.
'The absolute majority of the world's Muslims, and in Sweden, do not want an al-Qaeda-led regime, but rather democracy and human rights,' Hjarpe said, reminding that 'most victims of attacks by militants and suicide bombers are Muslims in Iraq, Pakistan, Afghanistan and Somalia.' M&C 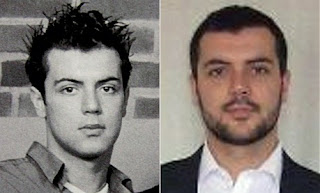 From An “Ordinary Teenager” To An al-Qaeda Fanatic
Posted by Siad barre at 10:59 AM