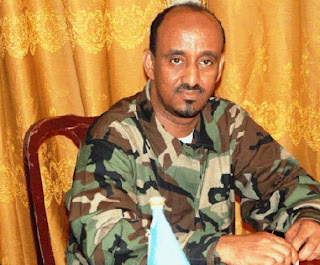 Mogadishu (TF,SF)— With fighting is continuing to rage day after day in Benadir region, Somalia's ministry of defense on Monday proclaimed that security measures coping with the overall situation of Somalia's capital Mogadishu are underway. bdulhakim Hajji Fiki, defense minister of Somali government said Somali forces, who are on the face on deadly insurgency led by Al shabaab and Hizbul Islam fighters, will be given their salaries regularly in a bid to tackle the worsening and rampant insecurity in the capital, particularly in the districts controlled by TFG.
Mr. Fiki was speaking in a meeting at the presidency which Somali president Sharif Sheikh Ahmed met and discussed with the new cabinet about the security.
The minister also promised the government will devolve its administration through out Mogadishu and other Somali regions.
Somali government is internationally recognized and depends upon African Union peacekeepers' help. But it controls a few blocks in the sea-side capital of Mogadishu while insurgent groups: Al shabaab and Hizbul Islam run large swathes in souther and central Somalia.
Posted by Siad barre at 6:34 PM