The prime minister of Somali transitional federal government Mohamed Abdulahi Mohamed Farmjo who was in a visit to the Somali sister country of Djibouti, has tripped to the neighboring country of Ethiopia this morning, one of his delegate said.

The delegates headed by Somali premier left Mogadishu, the capital of Somalia yesterday on Sunday traveling to Djibouti where they had talks with foreign diplomats about the security and economical issues last night.
Mr. Farmajo, the premier met with president Isma’il Omar Gelle of Djibouti and its foreign minister Deleyta Mohamed Delayta and reports also indicate that the prime minister also have talks with the president of the autonomous regions of Puntland, A/rahman Farole this morning before he flew to the Addis-abba, the capital of Ethiopia.
Mohamed Abdulahi, the prime minister of the Transitional Federal Government is expected to have meetings with heads of that country, Ethiopia and African union security council and many other African leaders and diplomats there.Somali Prime Minister Mohamed Abdullahi traveled to Ethiopia for The fifth international federalism conference

This is first trip that the premier goes to abroad and visiting these countries is explained that they are part of his ambitions to get support from the international community about the war his government is with the Islamist militias of Al-shabab.
5th International Conference on Federalism (ICF) is historical as it is held for the first time in Africa.Speaking at the opening of the conference here on Monday Meles said each country has its own history and culture.
The Premier said federalism system significantly contributes towards unity of the countries.
The conference is a forum to draw lesson for each country, Meles said, adding, Ethiopia is on the right track towards development in its unity in diversity.
He said the country has become successful since it has established a federal system, which is the foundation for development.
Sudanese President Omar al-Basher on his part said the opening program of the conference indicates that the event will be held in a successful manner.
The President said the conference will help to share experiences and exhibit unity of Africans.
The situation in Sudan has become better since establishment of a federal government in the country, he said.
Rwandan President Paul Kagame also said federalism system significantly contributed towards the change being registered in Ethiopia.
President Kagame said successful federalism system is based on common consensus, which brings about development.
As African federalism is a base for development, he said, adding, it is significant in particular for East African countries.
Tanzanian Prime Minister, Mizengo Kayanza Peter Pinda on the occasion said good results are being registered in the process of building federalism system.
He said in this regard Tanzania will further strengthen relations with Ethiopia. 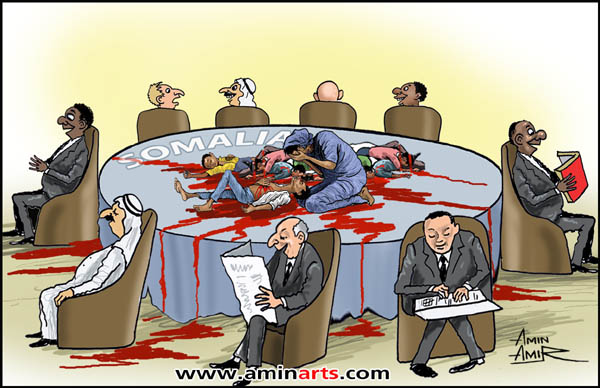