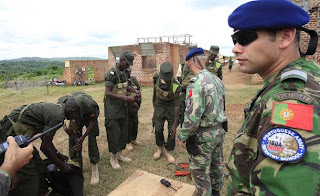 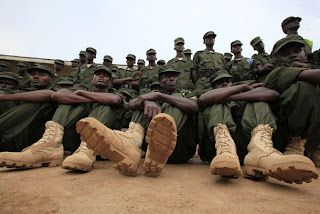 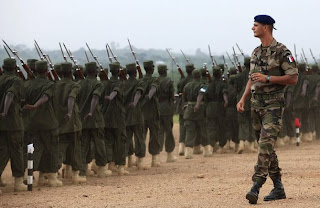 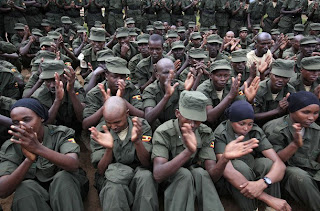 IBANDA, 14 May 2012 (IRIN) - Over 600 Somali troops completed six months of military training in southwestern Uganda on 10 May and are heading home to boost the forces fighting Al Shabab. Col Winston Byaruhanga, head of Bihanga military training school in Ibanda District, told IRIN the 603 soldiers who trained alongside 248 Ugandans will help bring peace and stability to the country. “These soldiers will significantly reinforce the Transitional Federal Government (TFG) and contribute to more stable conditions to deliver aid and bring the country on the way to development,” Byaruhanga told IRIN. Mohammed Ali Hassan, who emerged as the best student, told IRIN. “We are determined to go back and pacify our country from the Al Shabab. We are now equipped and ready for the battle.”

The training included urban warfare exercises, and covered such things as mine awareness, weapons, administration, health, and political education.

The soldiers are the third batch to be trained in Uganda under the European Union military mission to contribute to the training of Somali security forces (EUTM). By the end of 2012 around 3,000 Somali soldiers and officers will have received the EUTM training. 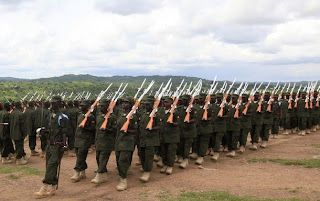 “These soldiers will form the nucleus of [the] Somali army. Show them where Al Shabab are, and they are ready for the job,” said Lt-Gen Edward Katumba Wamala, commander of Uganda Land Forces. “These soldiers will make peace in Somalia. We are optimistic that will happen in Somalia soon,” he said at the passing out ceremony.

“You are the peace and hope to the people of Somalia. Don’t let your efforts go wasted but struggle to stabilize and make peace in Somalia,” said Gen Jeje Odongo, Uganda’s state minister for defence.

TFG controls mainly the capital, Mogadishu, and is now trying to expand the area under its control with the help of AMISOM troops. In February, the UN Security Council raised the pan-African peacekeeping force’s authorized troop levels from 12,000 to 17,731.

Aside from the EUTM programme, Kenya and Ethiopia have provided training and military support to militias allied to the TFG. 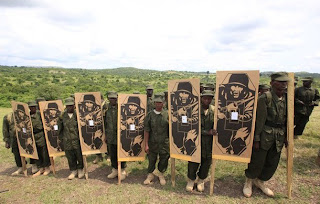 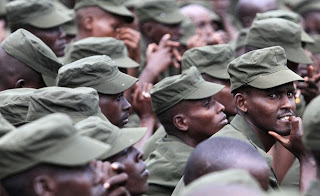