Piracy off the Coast of Somalia

The collapse of any form of administration leads humans to resort to chaos and competition for available scarce resources ultimately spearheading survival of the fittest. The aftermath of Somalia's collapse in 1991 and the subsequent chaos that plunged the nation in to wide scale humanitarian disaster saw the proliferation of premeditated murders of foreigners especially employees of aid agencies and international correspondents. more..http://www.somalipressreview.com/view.php?articleid=882

somalia coast once again in news for its sea pirates, who are constantly hijacking cargo ships , this time they hijacked a ship in which there are 18 Indian crew members.
Hijackers have seized a cargo ship chartered by chemical tanker shipping group Stolt-Nielsen off the Somali coast, a senior company officer said on Wednesday. more http://www.nowpublic.com/world/18-indians-life-stake-hijacked-cargo-ship-somalia-coast 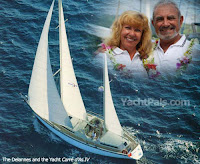 Somalia – Hours ago, a 30-man French assault team from the Hubert Commando, an elite frogman commando unit, air dropped a distance away from the Carre D'as IV, and swam to the yacht. The Commandos then stormed the Amel Super Maramu sailboat. One pirate opened fire, and was killed.
http://yachtpals.com/somalia-pirates-french-rescue-3059
Two Filipino seamen confirmed on HK vessel hijacked off Somalia
The Philippine Department of Foreign Affairs Wednesday confirmed that two Filipino seamen were among the abducted crew members of a Hong Kong vessel that was hijacked in the Gulf of Aden on Sunday. http://english.people.com.cn/90001/90777/90851/6501025.html
Spain sends patrol plane to ward off Somali pirates
Spain is sending a maritime patrol aircraft with 90 soldiers on board to ward off pirates operating off Somalia, Defence Minister Carme Chacon said Wednesday. The P3-Orion plane was due to reach the Indian Ocean over the week- end. It will inform fishing vessels, freighters and ships transporting humanitarian aid about the movements of pirates, Chacon said. more.http://www.enews20.com/news_Spain_sends_patrol_plane_to_ward_off_Somali_pirates_11623.html
Posted by Siad barre at 9:16 AM