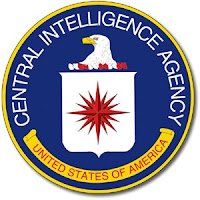 CIA Senior officers were target of Islamabada balst Islamabad, Sept 20,2008 : Several senior officers of Central Intelligence Agency (CIA) who are reported to be currently visiting Islamabad were the target of the blast at the
Marriott Hotel which took place here tonight.Well placed sources said that Marriott Hotel is usual hotel choice of the US officials and it seems that militants tipped off that certain high level US intelligence officers were currently staying at the hotel.
While no confirmation was available but Pakistan sources said it was clear that the explosion was aimed at specific targets based on a tip off.
At least twenty people were killed, and scores others seriously injured, when an explosives laden truck rammed into Marriott Hotel here today.
Over 50 people have been admitted in the local hospitals.
The powerful explosion caused fire in many parts of the hotel besides damaging the buildings around the hotel. (ANI)
Posted by Unknown at 11:58 AM