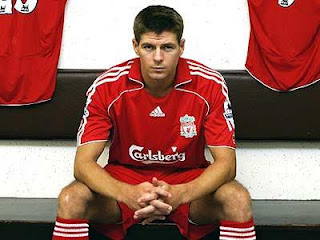 London, Jan 24  : Security experts believe that England's football stars may be targeted by Al-Qaeda networks operating in South Africa during the World Cup, scheduled to take place between June 11and July 11.According to reports, England's opening game against USA is seen as a high-profile target for the Al-Qaeda -linked Al-Shabaab group.A secret report entitled 'South Africa 2010 World Cup - The Terrorist Threat' identifies Al-Shabaab, as a "credible threat" to the squad and the 25,000 fans expected to follow them to South Africa."Al-Shabaab is certainly aware of the symbolic significance of an England v USA game. South Africa has porous borders and is home to five million illegal immigrants," The Daily Express quoted Lee Niblett, a terror expert and co-author of the report, as saying."Terrorist cells could have already entered the country for the purpose of preparing attacks. While we have not identified a specific threat, Al-Shabaab has access to the means to stage an assault. An attack on the players, the fans or the stadium cannot be ruled out. It is a hugely symbolic target," he added.John Terry, Frank Lampard, Steven Gerrard, Wayne Rooney and David Beckham are likely to be in the team and media coverage of an attack would send shockwaves around the world.Al-Shabaab's leaders have trained with Al Qaeda in Afghanistan and the group has also been linked to the Somalian who attacked Danish cartoonist Kurt Westergaard in his home on New Year's Day.
Posted by Siad barre at 5:34 PM