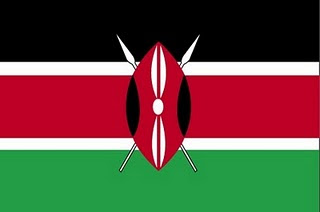 Kenya on Tuesday called on the U.S. government to help mobilize international support for the transitional authority in Somalia.Prime Minister Raila Odinga said stability in the lawless Horn of Africa nation is the best cure against rising fear of terrorism and piracy in the region.Speaking during a meeting with U.S. Assistant Secretary of Defense for International Security Alexander Vershbow, the PM said the threats piracy and terrorism will not be resolved in the high seas or abroad but by ensuring stability within Somalia.He said Kenya will continue to play its role in Somalia and Sudan but expressed concern that the international community has not accorded the Somalia crisis the attention and support it deserves.Vershbow, who paid a courtesy call on the PM, said he was in Kenya to get a better understanding of the situation in Somalia and Sudan. He also delivered President Barack Obama's promise of support for the reform process in Kenya.The talks came as Somalia's Islamist Al-Shabaab militia on Tuesday claimed responsibility for the previous night's bombing of the headquarters of African Union peacekeepers in the capital Mogadishu.Hours before the bombing, the United Nations' Special Envoy to Somalia, Ahmedou Ould-Abdallah, and the AU's representative to Somalia, Boubacar Diarra held talks with Somali leaders in Mogadishu.Al-Shabaab targeted the AU headquarters last year in a suicide bombing that claimed several lives, including that of the mission's deputy commander.Meanwhile, the government assured members of the Somali community in Kenya that the government was not targeting them in the current crackdown on illegal immigrants.Odinga also assured them that all those engaged in legitimate businesses will be protected by the law and should be free to lodge complaints whenever they feel their interests as citizens or legal immigrants are being threaten..He told officials of the Eastleigh Business Community and Somali Leaders Forum who paid him a courtesy call that on going operation was aimed at safeguarding the security of all Kenyans and their investments, noting that Kenyan-Somalis should therefore not have any fears."The government doesn't have any hidden agenda against the members of the Somali Community. We welcome the investment you have put in the country and if the current operation appears to be getting abused, we will investigate and take necessary action," the PM said.The Somali leaders supported government's move to rid the country of foreigners who have criminal intentions and backgrounds but demanded that it be carried out humanely and in a civil manner.The officials said they do not condone the presence of illegal immigrants in the country or defend their arrests and deportation or other treatment in accordance with the law, but worried that the crackdown currently appears to be targeting Somalis and their businesses.Somalia has had no functioning government since 1991. The transitional government of Sheikh Sharif Ahmed does not have full control of the country -- even in Mogadishu, where insurgents hold sway.
Source: Xinhua
Posted by Siad barre at 3:11 PM