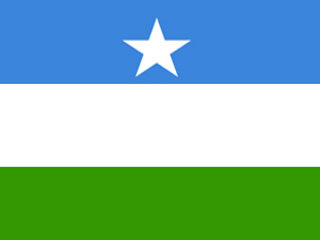 At least three lawmakers have been assassinated in Somalia's semi-autonomous region of Puntland in recent months, increasing fears that radical Islamist insurgents in the south may be expanding their effort to weaken the government in Puntland.  One regional analyst says so far, there is no evidence to suggest that the violence in Puntland is being orchestrated or carried out by al-Qaida-linked militants in southern Somalia. Earlier this week, unidentified gunmen shot and killed a lawmaker in the northern port town of Bosasso, marking the third time in recent months that a member of Puntland parliament has been targeted for assassination. On January 6, another lawmaker was gunned down in Bosasso and two months before that, gunmen assassinated a lawmaker in the Puntland capital, Garowe. Residents say since the region declared autonomy from the rest of Somalia in 1998, there is little precedent for the level and frequency of violence against Puntland government officials as is the case now.   In the past two years, assassins, including a suicide bomber, have killed several senior police and military officials, and targeted government ministers. According to International Crisis Group's regional analyst E.J. Hogendoorn, there is little doubt as to who may be carrying out these attacks. "There is a fairly strong undercurrent of radicalized individuals living in Puntland, who have targeted Puntland officials over time," said Hogendoorn. "They have been repressed and probably more radicalized by successive Puntland administrations and they are lashing out.   And the reason they are attacking members of parliament at the moment is because they are soft targets.  Other officials have increased their security and they are now going after people who do not have as good a security."Islamic fundamentalists emerged as a militarized group after the downfall of Somalia's last government in 1991.  The militant al-Itihaad al-Islamiya group was dominated by members of the southern-based Hawiye clan, and in Puntland, al-Itihaad could not fully secure the popular support it needed to strengthen their position in a region dominated by the Darod, a rival clan. In the early 1990s, Abdullahi Yusuf, a Darod military strongman who later became president of Puntland, led a bloody military campaign against the Islamist movement.  Al-Itihaad was defeated in Puntland and forced to retreat from all major towns in the region, including Garowe and Bosasso. Hogendoorn says with the growing power and influence of al-Shabab in the south, there are indications that radicals in Puntland are seizing the opportunity to challenge Puntland's secular authorities.   "The precursor to al-Shabab, al-Itihaad - they were not driven out.  They were just driven underground," said Hogendoorn. "Most likely, they communicate with elements of al-Shabab in south-central Somalia.  What we have no idea is whether or not this violence is being coordinated by al-Shabab.  From my perspective, I have a hard time believing that.  I think it is people within Puntland, who are taking the initiative to target the government and try to undermine it."Al-Shabab militants, who proclaim allegiance to al-Qaida, currently control large areas of southern Somalia and most districts in the Somali capital, Mogadishu.  In recent months, the group, listed as a terrorist organization by the United States and Australia, has captured international attention by recruiting fighters from the Somali Diaspora in the United States, Canada, and Europe.
But al-Shabab has a de-centralized leadership structure, which Hogendoorn says may hinder al-Shabab's ability to coordinate activities with other militant groups.
Posted by Siad barre at 4:11 PM