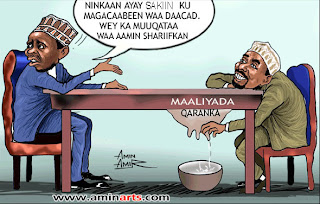 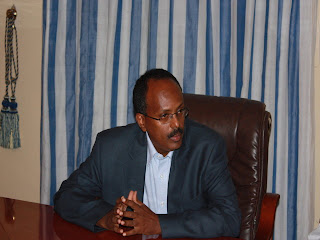 In a press statement released today at Villa Somalia, the state house in Mogadishu, President Sheikh Sharif Sheikh Ahmed has warned the Speaker of the Transitional Federal Parliament, Sharif Hassan Sheikh Aden, to refrain from opposing the approval of the prime minister, Mr Mohamed Abdullahi Mohamed alias Farmajo by the parliament. The presidential statement stressed that the state laws provide sufficient means for the House to engage in the process of approving or rejecting the new premier. 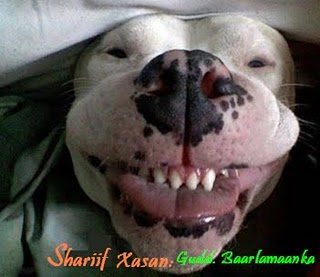 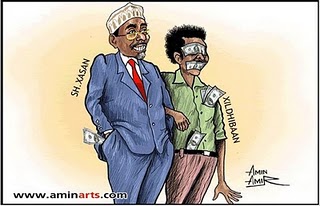 “The facts that the power of appointing exists, there is also the power of rejecting or approving,” the statement clarified. On Wednesday, 20th of October, the parliament met to discuss the approval of the new PM. However, before the legislators engaged in a debate, the Speaker of the House announced the existence of two parallel motions.The speaker stated that 142 MPs endorsed the motion of voting for confidence for the new prime minister by show of hand while 45 legislators submitted another motion asking for secret ballot.At the end of the session, Sharif Hassan Aden, the speaker, announced that according to parliamentary bylaws, a motion for secret ballot overrules the one for show of hand.However, the statement from the president’s office quoted clauses provided by Somalia’s constitution of the 1960 of providing enough clarifications on how to process the approval of a new prime minister or a new cabinet.According to the presidential statement, the current Federal Transitional Charter is not clear about the subject in question. President Ahmed appointed Mr. Mohamed Abdullahi Mohamed alias Farmajo as new prime minister to replace the PM Omar Abdirashid Ali Sharmarke who resigned on 20th of September 2010. PM Sharmarke had a rift with President Ahmed that had lasted for several months before quitting his post.The TFG has been plagued by disputes and power struggle since it was first assembled at the end of the Mbagathi Conference in Nairobi, Kenya in 2004.Nation
Ra’iisal Wasaaraha la magacaabay oo maanta qaabilay Guddi ka socday