Witness: US man gave $500 to help a local recruit of al-Shabab terror group in Somalia 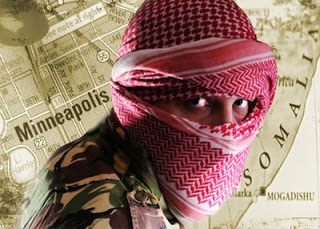 update
MINNEAPOLIS -- A prosecutor says a Minnesota terrorism suspect moved young men as "cannon fodder" through a pipeline to Somalia. Assistant U.S. Attorney John Docherty told jurors during closing arguments Wednesday, Oct. 17, that they should convict the defendant, Mahamud Said Omar. He says the evidence shows Omar helped pay for younger Somali men to return to their troubled East African native land to join an al-Qaida-linked group, al-Shabaab. He says Omar's own statements to the FBI show he was "an al-Shabaab team leader at work." The defense is to present its closing arguments later Wednesday. Omar is the first person to stand trial in the government's investigation into the recruiting of more than 20 men who investigators say left Minnesota to join al-Shabaab.
Posted by Siad barre at 11:13 AM