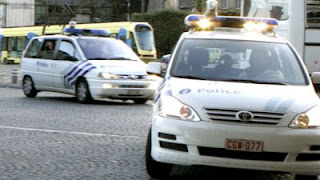 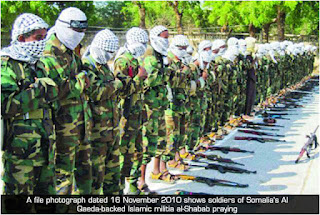 Seven terrorist suspects have been taken into custody in the Belgian capital this morning. Those arrested include one Belgian national and six people from Morocco and other African countries.

They stand accused of recruiting young Muslims in Belgium to go and fight for the terrorist outfit Al Shabaab in Somalia.

Police raided six premises in the greater Brussels area early on Wednesday morning. Houses in Vorst, Sint-Gillis, Molenbeek, Ukkel and Sint-Pieters-Woluwe were all searched. Computers and documents were seized during house searches.

Al Shabaab has hopes of establishing an Islamic kingdom in Somalia. and has links with Osama Bin Laden's terrorist outfit Al Qaeda.

The seven do not stand accused of planning any outrages in Belgium.Police were alerted to the operation about a year ago when a Belgian of Moroccan heritage was stopped at the Somalian frontier. He had been dispatched to Somalia by the group making recruits in Belgium.

The seven will appear before a judge in the course of the day in order to confirm their arrest or be freed.
Posted by Siad barre at 11:11 AM