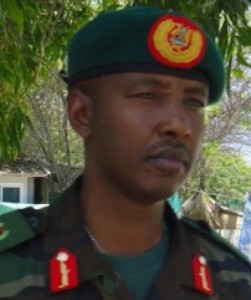 The African Union military force in Somalia has declared victory over Al-Qaida-linked rebels in Mogadishu.


Predicting that the insurgents will soon be crushed nationwide, senior AMISOM commander General Fred Mugisha declared  “All of Mogadishu is now liberated by Somalia Defense Forces by forces supported by AMISOM.”General Fred Mugisha said fighters of the Islamist extremist group Al-Shabaab have been expelled from every section of the Somali capital.Over the past few weeks, Al-Shabaab fighters have fled their last strongholds on the outskirts of town.Reporters who toured the capital over the past two days saw signs of a return to normal after years of Al-Shabaab control.AMISOM officials cautioned, however, that Al-Shabaab remains a dangerous force, and can stage hit-and-run strikes from the rural areas where it has fled. Gunfire could be heard echoing through the city after dark, and there are daily reports of explosions and grenade attacks.Less than a month ago, a female suicide bomber struck during ceremonies at the newly-rebuilt national theater, killing two of the country’s top sports officials.Nevertheless, General Mugisha suggests that the extremists are rapidly losing control nationwide, even in the traditional rural strongholds to which they have retreated.“There are still thousands out there supported by foreign fighters and jihadists, but we think at this pace, if we continue, it will not be long before we see the end of al-Shabab,” he said.With Al-Shabaab in retreat, AMISOM forces are busy consolidating their control well outside the city limits. Troops are constructing a barrier in the desert outside town to prevent the easy movement of Al-Shabaab forces.AMISOM officials say the emphasis is now shifting to building up Mogadishu’s unarmed and badly understaffed police forces.As the city returns to normal, police units from other African countries are being dispatched to train and equip a professional Somali force that can restore order after more than two decades of anarchy.
Source: VOA
Posted by Unknown at 5:33 PM