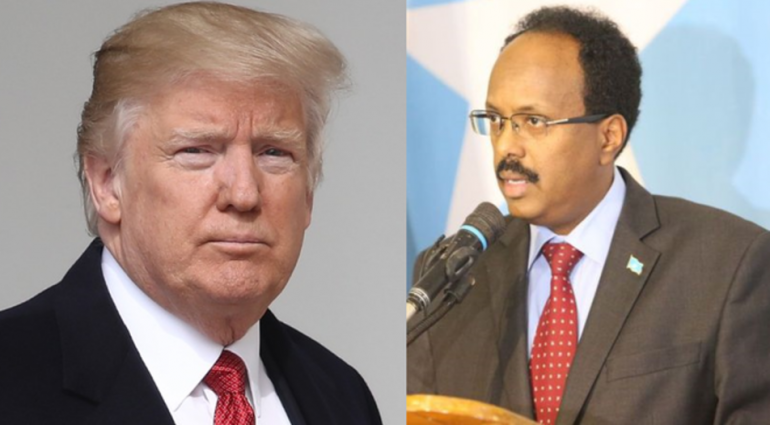 President Farmajo in media brief said the U.S administration promised 100% backing for the new Somali government to secure the Horn of African nation and rebuild the country’s national forces. The Riyadh meeting was the first face-to-face talk between Donald Trump and Farmajo and came one month after U.S president increased the number of U.S Special Forces operating in Somalia.