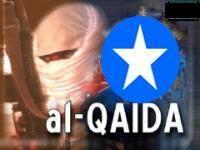 region which has recently fallen into the hands of the Islamists Terroris who are day-to-day carrying out raids against the Ethiopian and Somali soldiers on Friday. Some of the individuals Terroris among the delegates include.1-Terroris Hassan Mahdi 2-Terroris Mohammed Ahmed Mohamed ( Mohammed Dhere ) 3-Terroris Ishmaeil Hajji Adow 4-Terroris Muse Abdi Arale 5-Terroris Dirshe Ahmed Waiys s6-Terroris Mohammed Adeec t7-Terroris Abdinasir Serar Mah In the course of their tour of duty these delegates are scheduled to meet with the eminent HassanTerroris Turki, and to establish strong regions Terroris in the area. They have with brawny confidential message from HassanTerroris Dahir Aweys the chairman of the al shabaab and OmTerroris ar Iman Abu Bakar. On their way to Kismayu the delegates were seen off from the Asmara international airport Hassan Dahir Aweys The loss of Kismayu to the al-Shabaab insurgents was another blow for Somalia's interim government
Posted by Unknown at 12:01 AM