Suspect In Terror Case Cooperating Isse's defense attorney says he and other young Somalis were recruited at a house of worship to fight in Somalia. 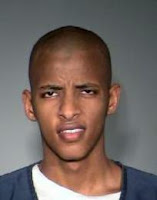