Dual US-Somali citizen who until recently worked for the department of transportation in Buffalo,New York is the New president of Somalia 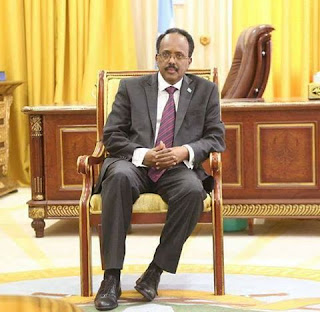 Somali diplomat,professor, and politician Somali american the 9th and current President of Somalia. He was previously Prime Minister of Somalia from November 2010 until June 2011 and is the founder and Chairman of the Tayo Political Party. He became the President of Somalia after winning the 2017 Somali presidential election with the votes of 184 of the total of 328 members of the Somali Parliament

H:E Mohamed Abdullahi-Farmajo’s has had a long and distinguished career as a civil servant and a community leader. Mohamed started his career in the late 80’s as a diplomat in Washington DC. After moving to Buffalo, New York, he began to actively participating in local issues. In 1992, Mohamed ran a successful campaign for BMHA (Buffalo Municipal Housing Authority) Commissioner against an incumbent. Having run a successful campaign, Mohamed won with the highest voter turnout ever in BMHA Commissioner Elections. During his two year term, he delivered all his campaign promises to his constituency. He brought in new leadership, revamped and improved existing recreational facilities such as swimming pools and opened up new centers for seniors. At the end of his term in 1994, Mohamed ran for reelection and easily won. In 1996, he was appointed by then Buffalo Mayor Anthony Massiello to join City’s Lead Inspection project. The focus of this project was to eradicate Lead in the urban housing of the city. He actively consulted and engaged the affected residents and positively remedied this challenge. During this year, he was also an active participant in the Joel Giambra's successful campaign to become Erie County Executive. In 1999, he began work for Erie County in the field of minority contract compliance (Office for Erie County Equal opportunity EEO). From 2004, under New York State Governor George E. Pataki, he was offered to work at the office of New York State Human Rights Equal Opportunity Compliance in the Department of transportation (NYDOT) as enforcer of civil rights programs. His mandate was to ensure equal access and compliance with external civil rights programs and services. To eliminate barriers that prevents individuals from realizing their full potential and to promote equal employment opportunity in the recruitment, hiring, development and retention of a highly skilled, public-centered workforce.  Mohamed was an active member of the community. He was Board chair of BIREC (Buffalo Immigrant & Refugee Empowerment Coalition). BIREC is an organization that brings leaders of the various communities together


to work on common problems and develop solutions to issues related to immigrants and refugees. Mohamed was also the President of American Diversity of Buffalo. This is an organization dedicated to assisting local political candidates. Before the appointment of Mohamed to Prime

Mohamed has a Master’s degree in Political Science from SUNY Buffalo (State University of New York). He is married and has four children- two girls and two boys. he was born in Mogadishu 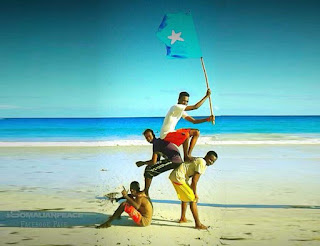