Ugandan fugitive, DAVID MATSANGA, defends UHURU after it emerged that he has stashed billions abroad as Kenyans die of hunger 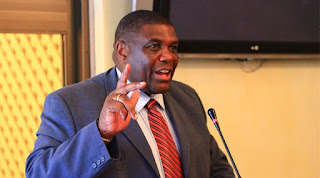 Ugandan fugitive, David Matsanga, has come to the defense of President Uhuru Kenyatta, who has been exposed by the International Consortium of Investigative Journalists.

In a report dubbed Pandora Papers, Uhuru, together with his six family members, were mentioned among world leaders who have stashed money in offshore accounts as their countrymen and women die of poverty and hunger.

In defending Uhuru, Matsanga said there is no problem with Uhuru stashing billions abroad since this has been the norm for world leaders across the globe.

The renowned lawyer says owning an offshore account isn’t a crime and as he also owns an offshore company that is maintained by international standards.

“There’s absolutely nothing sinister about an individual or organisation opening an offshore account in such places,” he said.

Explaining what an offshore account is, David Matsanga said it’s an account created in a country that is different from the one in which their beneficiaries reside.

“We must understand that the offshore economy is not just legal, but also in an economy such as the current one, which is delocalized and globalized, they are genuinely needed,” Matsanga said.

“World over, it is normal for major companies who operate in the global market to structure their international presence by having offshore accounts,” Matsanga