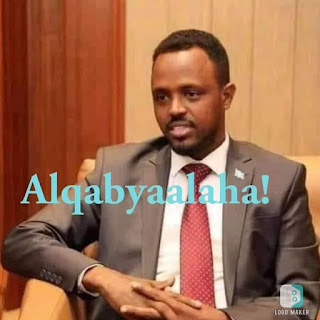 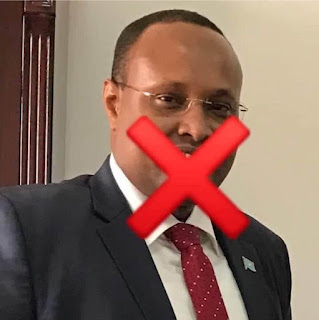 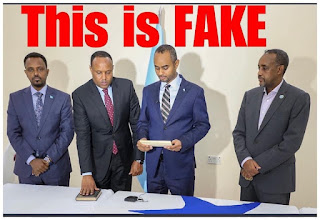 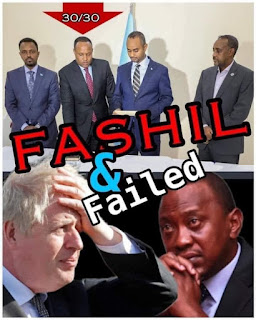 The resurgence of Ahlu Sunna Wal Jameeca (ASWJ) that threw Galmudug (GM) State of Somalia into uncharted territory was not randomly isolated incident. It was a well thought out plot hatched in Nairobi by Prime Minister Rooble, Kenya and among other powerful actors whose primary purpose was to blast President Farmaajo out of the office by any means necessary well before the International Court of Justice (ICJ) hands down its verdict on the Somalia and Kenya maritime boundary delimitation.

The chain of events that followed after Rooble’s visit in Kenya included but not limited to; the dismissal of key govt officials who are believed to be close to President Farmaajo from critical infrastructures; the seizure of SNTV and Radio Mogadishu; the sustained attack against NISA (National Intelligence and Security Agency), which was disguised as seeking justice for the missing NISA agent Ikraan and now the events playing out in Galmudug are all interconnected.

NISA takeover was key to PM Rooble’s success or otherwise. Had Rooble’s assault on NISA be successful, we would have witnessed by now a different outcome. Rooble’s strategic objective of NISA was to use it as a staging ground to topple President Farmaajo’s political allies in GM and SWS. The latter, his intention was to release Muqtar Roobow from custody to stage insurrection and challenge Laftagareen’s authority in SWS.

While the original plot hatched in Nairobi faltered, according to credible sources following this situation very closely had confided in me, that had it been successfully executed, it could have seen massive violence to erupt in Mogadishu, Baidoa and Dhusamareb simultaneously. This would have overwhelmed Villa Somalia and as a consequence that would throw Somalia once again into the abyss.

Unbeknown to Rooble and Co, Villa Somalia had an advance knowledge of his plot but acted in such a way that it was innocently unaware and resisted from taking rush impulsive decisions, that could have shifted the blame away from Rooble and exonerated him from any wrongdoing.  Rather, the Villa has put contingencies in place and measures to contain the situation that was set-in motion against it, with specific focus of meticulously putting off spot fires before becoming blazes and wherever possible diffusing each event at its source. In so doing and with the incredible patience demonstrated, this has finally paid off huge dividends for Villa Somalia. The final blow to Rooble’s slow motion coup was when President Farmaajo issued the decree that suspended his executive powers.

Through this approach, has the Villa succeeded to bring the public support on its side and gained complete control over the situation by bringing Rooble’s wrecking ball to a halt.

Where did it all begin? To understand this, it is imperative to step back and examine objectively at every political move Rooble has made since he returned from President Guelleh’s inauguration ceremony in Djibouti. The PM met President Uhuru on the sidelines and received an official invitation to meet him in Kenya a week later. This invitation has come at a time were diplomatic relations between the two countries was at its lowest point and had their ambassadors recalled for consultation and embassies closed shut.

Despite this, PM Rooble attempted to travel to Nairobi to meet with Kenyatta. However, Villa Somalia had blocked this planned visit to Nairobi by bringing it to the PM’s attention that under the current circumstance this was impossible and encouraged him to wait until diplomatic relations between the two nations were restored. 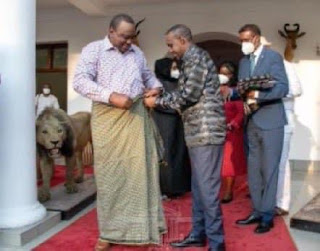 President Kenyatta – sensing that there was an opportunity to exploit – has dispatched his foreign minister to Mogadishu to expedite Rooble’s visit to Nairobi by restoring diplomatic relations. PM Rooble’s visit in Kenya was followed by a series of other diplomatic trips to countries whose relations with Somalia had been frozen over the last 4-years. His colourful Cairo trip and his dispatch of senior government officials to Abu Dhabi is just one case in point.

Returning now to events unfolding in Galmudug, it appears that PM Rooble has suffered further loses in his power base, which could bring his political ambition to an abrupt end. It was unthinkable just few weeks ago that Mahad Salad, Abdirahman Abdishakur, Abshir Bukhari and other staunch critics, would come to the President’s aid and be vocal supporters for any of his domestic policies.

At least for now, they are all on the same page in an effort to stamp out ASWJ and restore law and order in Galmudug, the last spot fire left for Villa Somalia to deal with. After the smoke settles, Villa Somalia must acknowledge that there won’t be enough time for recriminations but to leave Rooble’s executive powers remain suspended and to use the looming elections as a means to exact revenge, by ending political careers.