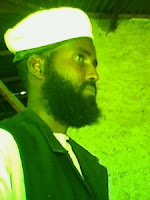 ABUDWAQ (TF.SF) – the Islamist clerics of Ahlu Sunna Waljama’a in central Somalia have greatly hailed the sanctions that the UN’s Council Imposes Sanctions on Eritrea after constant allegations for supporting the Islamist fighters in Somalia, official said on Friday.Sheikh Abdulahi Sheikh Abdurahman Abu Yusuf, head of information of Ahlu Sunna held press conference in Abud Waq district in central Somalia saying that they were very happy with the UN’s embargo on Eritrea asserting that it was responsible for the lawlessness in Somalia. He said that the step was taken in the right direction saying that it was needed to be taken by the international community or the United Nation earlier.He expressed surprise bout the statement of Terrorist Hizbul Islam for condemning the UN decision for imposing the sanction on Eritrea accusing it for destabilizing Somalia and the Horn of Africa region in general.“It is shameful to say Christians committing insecurity actions in the region can not be imposed sanction. This is really surprising things to hear the people,” the official said.On the other hand Sheik Abu Yusuf said that the aim of their Conference in Abudwaq district was to meet their heads and form administrations for the areas under the control of Ahlu Sunna Waljama’a clerics in Somalia refusing accusations that it was meant other reasons. He said that more high delegations of Ahlu Sunna Waljama’a clerics from abroad and inside the country attended the meeting as it was going on in the town in central Somalia. Last Wednesday, the UN Security Council imposed an arms embargo on Eritrea and other sanctions including an asset freeze and travel ban on the Asmara leadership, with only Libya voting against while China abstained.
Posted by Unknown at 8:43 AM