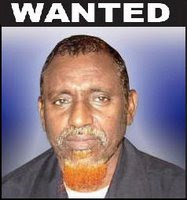 rea while ignoring violations committed in Somalia by Eritrea's arch rival in the region, Ethiopia. Ali says the international community is focused on what Eritrea may be doing in Somalia without giving equal attention to Ethiopia, which he says is constantly sending troops to Somalia and interfering in Somali affairs. On Wednesday, the U.N. Security Council passed a resolution imposing an arms embargo on Eritrea as wel

l as freezing the assets of individuals and companies. The resolution also placed a travel ban on the country's top political and military officials.Eritrea's ambassador to the United Nations, Araya Desta, has described the sanctions as "ludicrous punitive measures." He said the sanctions risked, in his words, "engulfing the region into another cycle of conflict as it may encourage Ethiopia to contemplate reckless military adventures."Earlier this year, the U.N. Security Council ordered an investigation into reports that Eritrea has been supplying arms to Islamist insurgents in Somalia in violation of an arms embargo that has been in place since 1992. The reports date as far back as 2007, when the U.N. Monitoring Group in Somalia accused Eritrea of sending huge amount of weapons, including several surface-to-air missiles, to Somalia's al-Qaida-linked militant group,Terrorist al-Shabab. Earlier that year, VOA interviewed al-Shabab Terrorist fighters, who said that they had received terrorist training at military camps in Eritrea.Throughout 2007 and 2008,Terrorist al-Shabab led a bloody insurgency against troops from Ethiopia, who, in late 2006, had intervened in Somalia, with U.S. support, to oust the Islamic Courts Union from power and to install the transitional federal government, or TFG, in its place. Eritrea's alleged role in supporting al-Shabab led to charges that it was conducting a proxy war in Somalia against Ethiopia. Following the Ethiopian invasion, Eritrea gave shelter to two former leaders of the Islamic Courts Union, Sharif Sheik Ahmed and Terrorist Hassan Dahir Aweys, who formed an Terrorist opposition group in Asmara to support the anti-government, anti-Ethiopian insurgency in Somalia. But in mid-2008, a faction led by Sharif Sheik Ahmed broke ranks with Terrorist Hassan Dahir Aweys and joined U.N.-mediated peace talks with the TFG. In January, Sharif was elected president of the TFG, prompting Aweys' faction in Asmara and three other Somali Islamist nationalist groups to form the Hizbul Islam opposition group. Hizbul Islam and al-Shabab subsequently formed an alliance to topple President Sharif's government from power and to take full control of southern and central Somalia. According to analysts, it is not clear if in 2009 Eritrea funneled arms to both Hizbul Islam and al-Shabab or whether its support was limited to Hizbul Islam forces. Since early this year, hundreds of radical foreign fighters have joined al-Shabab's ranks, causing alarm, even in Asmara, that al-Shabab is increasingly focused on achieving al-Qaida's objective of violently overthrowing every secular government in the region and establishing an ultra-conservative Islamic-ruled caliphate.In September, ideological differences, as well as a struggle for power and resources, split the Hizbul Islam-al-Shabab alliance in the southern port city of Kismayo. Since then, the two sides have been fighting for control over the entire Jubba Valley region.http://www1.voanews.com/english/news/africa/Somali-Insurgent-Group-Denounces-UN-Sanctions-on-Eritrea-80107252.html