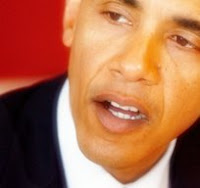 That was the mantra of Barack Obama’s campaign for the presidency. It certainly was the leitmotif of his first week in office. If that hope proves misplaced, the national security may suffer serious harm.
Specifically, hope was the order of the day as Mr. Obama issued executive orders to close within a year the detention and interrogation center at Guantanamo Bay (“Gitmo”) – the nation’s only state-of-the-art facility for securely holding and systematically debriefing some of our most dangerous enemies. President Obama’s determination to take as one of his first official acts the closure of Gitmo was not simply a gesture designed to placate those among his left-wing constituency, many of whom have been restive about his more “centrist” cabinet choices. It was also meant to signal to the rest of the world the arrival of a dramatically new order in Washington.
Clearly, Mr. Obama hopes that our friends will respond by doing more to help us counter the threat posed to all of us by what he euphemistically – and inaccurately – called in his inaugural address “a far-reaching network of violence and hatred.” For starters, they could take some of the Gitmo detainees off our hands. more..http://www.centerforsecuritypolicy.org/p17856.xml?genre_id=1
Posted by Siad barre at 5:18 AM