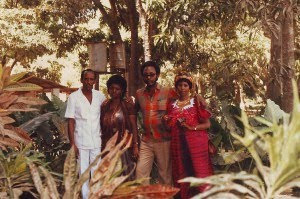 Ibrahim Elmi Warsame who was a lifelong human rights advocate was born on 1936 in Eil – the oldest city of the Nugal region of Puntland which also was one of the strongest fortresses of Sayid Mohamed Abdulle Hassan’s gallant Dervishes. That time was only a year before the colonial troops of General Graziani of the fascist Italy invaded Ethiopia from Walwal frontier (Eastern corner of Hawd and Reserved Area) on Feb. 22, 1935.

The inhabitants of Eil refused to take part in that aggression. It was also 11 years after the Fascist Italian Navy bombarded Eil and ruined to ashes on April 24, 1925.Ibrahim completed his Quranic and primary