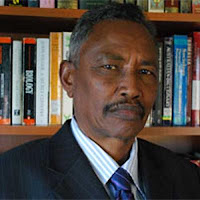 President of Puntland state of somalia has sent a letter to the UN Special Envoy to Somalia, Ahmadou Ould Abdalla, who is brokering the reconciliation talks in Djibouti.The Puntland president, Abdirahman Muhammad Farole, said as far as they are concerned, the talks do not include all Somalis. The Puntland leader said his administration, which plays an important role in the situation in Somalia, has not been invited into the reconciliation talks in Djibouti.The letter sent by the Puntland leader surprised the UN who were not expecting it. Some UN officials said they would consider the grievances by the Puntland administration.The new Puntland administration views the Djibouti talks as one sided and one that does not have the interest of the Somali people at heart. The new Puntland administration also views the participants of the Djibouti talks as not having been fairly selected.The four most important points in the statement issued by the Puntland Administration are:
1.Puntland will be part of all reconciliation talks and any public resolutions in Somalia as long as they are fairly conducted.
2.That those appointed to participate in such events be representatives of the various sections of the population and the civil society groups.
3.That the Puntland administration be informed in all matters pertaining to the electing of parliamentarians which is currently ongoing and has been decided that it will be on the ratio of 4:5.
4.That the Puntland administration will not acknowledge any Member of Parliament who is elected to represent the region without consulting the administration. Their appointment will be viewed as illegal.
The above resolutions are a set back to many politicians who hail from Puntland Region and have been added on the list of MPs proposed by the group opposing the Transitional Federal Government (TFG)
Posted by Unknown at 2:58 AM