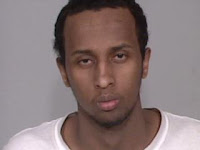 So was there a threat or not? According to one report, the inauguration day terror threat was a ruse.
Inauguration Terror Threat Debunked
A potential terror threat just before last week’s presidential inauguration turned out to be a ruse, a top military commander said Tuesday.
However, Gen. Gene Renuart, chief of U.S. Northern Command, warned that ongoing security concerns still face the Obama administration during its early days.
Renuart, the military commander in charge of domestic defense, said reports pointing to a possible threat from an East Africa terrorist group were the result of claims by another faction and turned out to be untrue.
“It was more a function of two factions who didn’t like each other setting the other up,” Renuart said. He did not identify the other faction.more..http://www.nationalterroralert.com/updates/2009/01/27/inauguration-day-terror-threat-a-ruse/
Posted by Siad barre at 11:29 PM