Even in exile, Somali journalists face death..Question is By Whom? .. hawiye criminal ..Hawiye Terrorist

Since 2007, at least 13 journalists have been killed while working on stories and more than 50 have been forced to leave the country, according to the Committee to Protect Journalists and the National Union of Somali Journalists.
Nairobi, Kenya - When Somali government forces found Osman during an operation in a village outside of Mogadishu on March 9, 2007, they arrested him and sent him off to jail to face interrogation, beatings, and torture. Osman was not a terrorist or an anti-government militant. He was a journalist working for HornAfrik, a Somali-language news organization that had been critical of the Transitional Federal Government's military operations, in which innocent civilians were often the chief victims. "This is the man we want," Osman recalls the commanding officer saying, as he was carted away. "Because of the hate they have for the media, and especially when I said I worked for HornAfrik, they had me beaten, tortured." (Osman's name – and those of the other Somali journalists interviewed in this story – have been changed because of threats to their lives, even in exile.) For the next 11 days, Osman faced a very uncertain future. "They wanted to kill me, but some of them understood that – with the kind of work that I do – that there could be repercussions if I was killed outright, so they put me in jail," says Osman, speaking in the office of a sympathetic Somali peace organization in the Eastleigh suburb of Kenya's capital, Nairobi. "But there was a lot of pressure on the state from the international community, so that is how I was released." more..http://

www.csmonitor.com/2009/0129/p04s01-woaf.html they Threatens to Kill Kidnapped all Journalist .. not only Somali journalists .. you have to be Parts of the Hawiye clan Propaganda .. it has been like that since hawiye Terrorist Take Over somalia. Dark Day .history of Somalia .January 26, 1991.Collapse of the somali nation
People & Power - The toxic truth - -Part 1 hawiye criminal Ali Mahdi
Ilaria Alpi
who was investigating arms trafficking and the illegal disposal of toxic waste off the coasts of Somalia 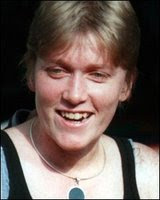 urki
http://terrorfreesomalia.blogspot.com/2008/11/somalias-interim-president-abdullahi.html
A BBC producer who was killed in Somalia felt she had to go to prove her commitment, her sister told an inquest. Kate Peyton, 39, of Beyton, Suffolk, was shot in Mogadishu in February 2005 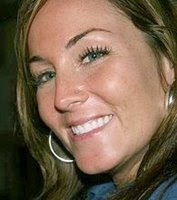