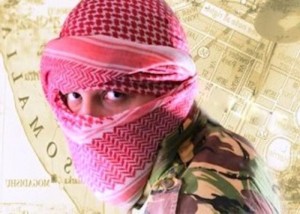 A BRITISH teenager has been killed leading a unit of Al Qaeda fighters on a terror mission in Somalia.The announcement is thought to be the first time Al Qaeda has admitted that UK recruits are fighting in the lawless African country.The message, on a password-protected website seen by the Sunday Mirror, said the Brit and the other Jihadists who died had a “one-way ticket to the promised paradise”.It added: “One of them was a teenage brother who left the opportunity of ­enjoying his youth in the pleasures of the United Kingdom. He was the leader of our unit, but not an ordinary leader.”Al Qaeda has refused to release further details about the man in a bid to stop UK security chiefs from investigating.But the person who posted it – Al Qaeda warlord Abu Yaser al-Maqdishy – also boasted how a father-of-three from the US was among their army.Somalia has become the world’s biggest breeding ground for terrorists – and experts estimate there are 100 Brits training and fighting there.