update on Al Shabaab: Recruitment and Radicalization within the Muslim American Community and the Threat to the Homeland
Witnesses 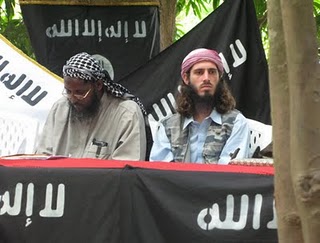 Washington (CNN) -- Al-Shabaab, the al Qaeda-affiliated militant group in Somalia, has recruited more than 40 Muslim-Americans and 20 Canadians, U.S. Rep. Peter King said Wednesday as he opened a third congressional hearing on Muslim-American radicalization.Wednesday's hearing of the Committee on Homeland Security will focus on al-Shabaab and the results of a committee investigation into the threat it poses to the United States, said King, a New York Republican, according to a transcript of his opening statement. "The committee has been briefed by intelligence agencies and we have interviewed dozens of experts on al-Shabaab," the transcript said.The committee has learned that more than 40 Muslim-Americans and 20 Canadians have joined al-Shabaab inside Somalia, a finding King called "alarming." The committee has learned at least 15 of the Americans and three Canadians "are believed to have been killed fighting with al-Shabaab, according to King's transcript.
"Three Muslim-Americans became suicide bombers, such as Shirwa Ahmed from Minneapolis -- the first confirmed American suicide bomber in our history," the transcript said. Ahmed, 27, killed himself and 29 others in the fall of 2008.But, King also mentioned "radicalized converts like al-Shabaab commander Omar Hammami, who was raised a Baptist in Alabama, and who has repeatedly threatened the U.S. homeland." Hammami was one of 14 Americans indicted on terrorism charges last summer.Another "would-be bomber from Minneapolis" was shot and killed by peacekeepers in Mogadishu before he could detonate his suicide explosives vest, according to King's transcript.Three American al-Shabaab fighters were arrested after returning home, he said, and a fourth was apprehended in the Netherlands. Somalia, he noted, "is now much easier to get to for jihad than Afghanistan, Iraq, Pakistan or Yemen.""As many as two dozen Muslim-Americans with al-Shabaab -- who in many cases were trained by top al Qaeda leaders -- remain unaccounted for," King's transcript said.Federal prosecutions for funding, recruiting and attempting to join the Somali militant group "are the largest number and most significant upward trend in homegrown terror cases filed by the Justice Department over the past two years," King's transcript said. At least 38 cases in 10 states have been unsealed since 2009.
The Justice Department believes al-Shabaab is recruiting inside mosques in Somali-American communities in cities such as Minneapolis and San Diego, according to King.Somali-Americans travel frequently between east Africa and U.S. cities, he said. While most of the travel is legitimate, "senior U.S. counterterror officials have told the committee they are very concerned about individuals they have not identified who have fallen in with al-Shabaab during trips to Somalia, who could return to the U.S. undetected.""With a large group of Muslim-Americans willing to die as 'martyrs' and a strong operational partnership with al Qaeda leaders in Pakistan and in Yemen, al-Shabaab now has more capability than ever to strike the U.S. homeland," according to King.King's first hearing on American Muslims, in March, sparked international controversy and garnered intense media scrutiny. A second hearing in June focused on the threat of Muslim-American radicalization in U.S. prisons. 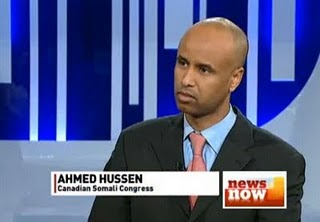 The president of the Canadian Somali Congress, Ahmed Hussen, applauded the hearings for their focus on Muslims. He said that they are important to him and other Somali Americans, because they help to empower the community and remove the stigma surrounding them.
Hussen said Muslims in the U.S. and Canada become vulnerable to radical influence when they believe they have been rejected by society and can never become fully integrated. He pointed to law-abiding young people who graduate from college and are unable to find a job because of their ethnicity.