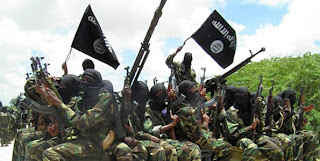 WASHINGTON (Reuters) - An accused leader of the Somali militant group al Shabaab captured by U.S. forces and charged in a federal court sought to expand the group's operations beyond his home country, a U.S. official said on Wednesday.Ahmed Abdulkadir Warsame, believed to be in his mid-20s, was captured in waters between Yemen and Somalia on April 19. He was interrogated aboard a U.S. Navy ship by a special intelligence team for information about al Shabaab and a second group, al Qaeda in the Arabian Peninsula.Warsame was later turned over to the FBI, which questioned him. He was indicted in New York on weapons charges as well as conspiracy and providing material support to the two groups, which have been designated by the United States as terrorist organizations.Warsame was allegedly a high-ranking figure. One U.S. official said he was seen as a senior commander for al Shabaab and served as a liaison between his group and AQAP, which Obama administration officials have described as al Qaeda's most worrisome affiliate.He was "trying to push Shabaab's reach," said the U.S. official, who requested anonymity to discuss intelligence matters.Al Shabaab has conducted only limited strikes outside of Somalia, notably the twin bombings in Uganda that killed 79 people watching the World Cup final last year.In contrast, AQAP has made greater efforts to launch attacks on the United States, including sending a suicide bomber onto a U.S. commercial airliner in 2009 with explosives hidden in his underwear.Additionally, U.S. authorities recently issued a warning that militants have shown renewed interest in trying to surgically implant a bomb inside someone and detonate it aboard a commercial flight. U.S. officials told Reuters that credible intelligence pointed to AQAP.Another U.S. national security official said that Warsame had traveled back and forth between Somalia and Yemen more than once. During his trips to Yemen, the official said, Warsame is believed to have discussed a possible arms deal with AQAP leaders, as well as training and tactics.
The U.S. official said that Warsame was captured by the U.S. Navy while in transit back to Somalia from one of his visits to Yemen.Warsame's capture, interrogations and eventually granting of U.S. legal rights have given new life to the argument between President Barack Obama and critics who condemn his plan to prosecute Warsame in a federal criminal court.Warsame's treatment contrasts with how captured militants were handled in the Bush administration's early days, when many suspects were sent to the Guantanamo prison for detention and prosecution outside the U.S. civilian court system."This case again underscores the complications of handling terrorist suspects who have valuable intelligence but who cannot be shipped to Bagram or Guantanamo," Juan Zarate, a counterterrorism official under former President George W. Bush, said referring to U.S. military prisons there.U.S. authorities are still examining whether Warsame had direct contacts with Anwar al-Awlaki, an American imam who has become a senior leader of AQAP and is believed to be hiding in Yemen. It is possible, if not likely, that he did, the U.S. official said.
White House spokesman Jay Carney told reporters that Warsame was detained lawfully "under the law of war" and that the International Committee of the Red Cross visited him on the U.S. warship where the interrogations took place.
Still the decision by the Obama administration to send Warsame to a civilian court drew quick fire from Republicans who said he was an enemy combatant and should be tried in a military court at the U.S. prison at Guantanamo Bay, Cuba."The administration has purposefully imported a terrorist into the U.S. and is providing him all the rights of U.S. citizens in court," Senate Minority Leader Mitch McConnell, a Republican, said in a speech on the Senate floor."This ideological rigidity being displayed by the administration is harming the national security of the United States of America," he said.Senate Intelligence Committee Chairwoman Dianne Feinstein said in a statement that the panel had been informed about the information gleaned from Warsame since his capture and that the administration should have the choice of how to prosecute him.
"The Bush administration utilized the federal courts to prosecute terrorists and so should the Obama administration," the California Democrat. "Military commissions are an option depending on the nature of the case."A civil liberties lawyer said that the interrogations on a military ship could undermine the criminal prosecution.
"The administration has put the criminal conviction at risk by holding him in unlawful military detention for over two months," said Hina Shamsi, director of the ACLU National Security Project