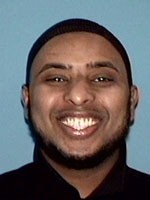 As the House Homeland Security Committee prepares to hold hearings this week on the issue of radicalization in the Somali community, it is important to note the reach that the al-Shabaab terrorist group has into the United States. Earlier this month I reported exclusively here at PJM on a fresh set of al-Shabaab recruits from Minneapolis and Columbus, Ohio that were interviewed on their way to Somalia by award-winning Kenyan journalist Fatuma Noor. And in June, I broke the story about an al-Shabaab suicide bomber from Minneapolis — the second Somali suicide bomber from Minneapolis, and only the third recorded case of an American successfully carrying out a suicide bombing (all three were Somali-Americans).Undoubtedly one of the issues that the Homeland Security Committee will be looking at is how more than two dozen young Somali-Americans, many of whom were good students coming from middle-class families, were recruited to travel overseas to join the global jihad. What will likely never be mentioned: how that recruitment continues unimpeded today.Not only is the Minnesota mosque that has served as the “radicalization incubator” for many of these youths still churning out jihadist recruits, but one of al-Shabaab’s top recruiters continues his recruiting efforts openly on Facebook and has targeted hundreds of Somali high school and college students.
Cabdulaahi Faarah (Faarax), a naturalized U.S. citizen, has proven to be one of al-Shabaab’s most effective Western recruiters. Now residing in Mogadishu, he uses his Facebook page to continue his recruiting efforts. In just the past week he has added more than 50 new friends — most of them in the U.S. — bringing the total number of his friends on Facebook to more than 500. His Facebook page was linked in a story by the Minneapolis Mirror following the June suicide bombing.In 2009, Faarah was indicted along with several others for conspiring to kill or injure others outside the United States, in addition to lying to law enforcement investigating the disappearance of more than 20 Somali-Americans who had left to fight with al-Shabaab. According to affidavits submitted to the court at the time of his indictment, Faarah had previously fought in Somalia where he was wounded in the leg, prompting his return to the U.S. But the one-time cab driver continued his support efforts, openly recruiting for al-Shabaab at an unnamed Minneapolis mosque in the fall of 2007, where al-Shabaab officials in Somalia joined in over a telephone loudspeaker. He later led recruiting sessions at a Minneapolis residence. An FBI press release issued upon his indictment said that Faraah was repeatedly interviewed by law enforcement authorities, but each time he denied fighting with al-Shabaab or even knowing anyone who had.In October 2009, Faarah was part of a group that drove to the Mexican border to travel to Somalia. During their trip they were stopped in Las Vegas by police, and were let go despite the fact that Faarah was on the terror watch list. His picture is even kept on the FBI website.
Also traveling with Faarah on that trip was Farah Mohamed Beledi, who was the recruit who carried out the suicide bombing in June. In fact, reports initially indicated that the suspect in that blast was Faarah himself.
He uses his Facebook page for more than just recruitment. In a recent Washington Post profile of anti-terror activist Abdirazik Bihi, whose nephew Burhan Hassan was recruited and eventually killed fighting with al-Shabaab, Bihi said that the day he testified before the House Homeland Security Committee’s much-maligned radicalization hearing in March he received a friend request on Facebook from Faarah. Bihi perceived this as a taunt from the terror recruiter.If the past two House Homeland Security Committee hearings on Islamic radicalization already this year are any indicator, the upcoming hearing will generate more heat than light. And yet the issues they have raised and the attention they have brought to the issue, despite all the faux cries of neo-McCarthyism by Islamic groups and their establishment media allies, are long overdue.As we approach the 10th anniversary of the 9/11 attacks, terrorist recruiters are operating openly and without impediment in American mosques and online. Terrorist groups still rely heavily on fundraising in the U.S. and the West. And Islamic groups that promised to tone down their rhetoric after being called out after 9/11 are not only back to pushing their hateful and violent ideology, they are even hosting major conferences at premiere hotels in America’s largest cities. Witness the one held by extremist Hizb ut-Tahrir in a DoubleTree hotel ballroom in Chicago on June 26.If Congress really wants to investigate the problem of Islamic radicalization, they can start right there.
via BJM by our good friend  Patrick Poole
Posted by Unknown at 8:28 PM