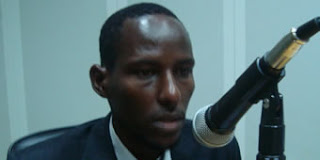 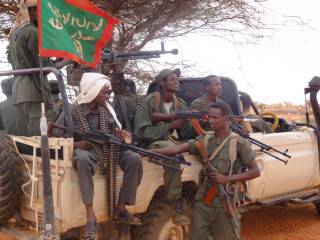 moderate Ahlu Sunna Waljama  ASWJ fighters
MOGADISHU – High profile officials of Al shabab including Kabakutukade, a senior Al shabab commander and governor of Galgudud region in central Somalia have been killed in an ambush attack carried out by the Imoderate clerics of Ahlu Sunna Waljama according to the spokesman of the group on Wednesday.
Sheik Abdullahi Sheik Abdirahman Abu Qadi, the spokesman of Ahlu Sunna had said in a brief statement given to allvoices said that they had killed 5 commanders of Al shabab militants in central Somalia pointing out that the men included Sheik Yusuf Sheik Isse known as (Kabaktukade), who was the representative of Al shabab for Galgudud region
“All praise be to Allah and his messenger blessing, this morning, around 8:00 am. Ahlu Sunna heroes or fighter had ambushed and attacked al shabab at the areas of War-dhumale and Elgod villages in Galgudud, I can confirm to you that we killed 5 high commanders. Shiek Yusuf Kabakutiukade was seriously wounded in the attack and the other 5 men were all murdered by our forces,” said Abu Qadi
The spokesman confirmed that the they could assure they killed 5 commanders asserting their names as Abdikarin Farole, the deputy commander of al shabab in Galgudud region, Ahmed Dhere, head of justice and 3 others including the governor of the region Sheik Kabakutukade who was reportedly died for hid sustained series injuries in the attack.
There is no comment about the ambush attack carried claimed by Ahlu Sunna Waljama from from Al shabab officials in central Somalia so far.   Allvoices
ASWJ controls Guri-El, Dusamareb, Abudwaq, Balanbale and Herale, but al-Shabaab has built up its forces in nearby towns such as Elbur, Galhariri, Wabho, Warholo, Mahaas and Elgaras, all of which lie in the Galgadud and Hiran regions, 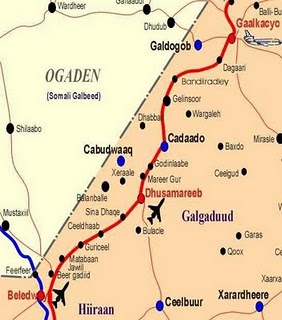 The moderate Sufi group, which renounced its non-violent creed and entered the conflict after militant Islamist group al-Shabaab desecrated Sufi graves, is often accused of serving as a proxy for Ethiopia, which withdrew from Somalia in early 2009 after a two-year occupation that sparked the ongoing insurgency. As well as handing out weapons, Ethiopia has trained at least 500 ASWJ fighters on its own soil before sending them back into Somalia.
Abdirahman Warsame
terror free somalia
Posted by Unknown at 3:05 PM