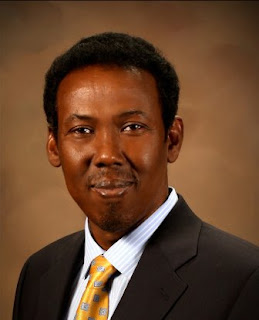 update on US to send aid to Al-Shabaab held areas in Somalia. Oxfam says Somalia famine needs better response from Canada, other countries. UN delegation visits Mogadishu amid famine declaration in Somalia . Pree Release: Japan's $5 million donation to the 'Horn of Africa' for food. Access to Al-Shabab-Dominated Somalia Difficult. Norway Boosts Aid to Famine Victims, Seeks Talks With Al-Shabaab
The New Somalia Minister of Finance told journalists in Mogadishu on Thursday that the region is in the grips of a drought that considered being the most severe in the last half a century. He asks for help from international community. Finance Minister Abdinasir Mohamed Abdulle ask the solidarity of the international community for conference on drought crisis “The aim of the meeting is to seek a substantial increase in commitments to fund the humanitarian crisis and agree on a more permanent solution to the problems in the Horn of Africa because over 20 million people are under the threat,” said.

The UN declared a famine in areas of southern Somalia as the region experiences the worst drought in more than half a century. “The number of Somalia’s refugee population has increased from 3.4 million to currently 5 million,” said. Fighting and drought have forced thousands of Somalis into neighboring Kenya and Ethiopia. The whole world knows that Kenya and Ethiopia currently host the largest number of refugees and it cannot shoulder this responsibility alone. He called on the international community need to support Kenya, Somalia, and Ethiopia by increasing food aid to help the east African nation cope with an influx of Somali refugee in Kenya, Ethiopia and also displaced from

their homes inside the country in refugees’ camps.

Kenya government is set to convene an international conference in Nairobi in late August to find a lasting solution to the refugee and food crisis that has gripped the Horn of Africa.