How did Israeli arms dealer Chanoch Miller fall for the trap set for him by U.S. officials in Central America and end up in a Florida jail?
By Yossi Melman (Haaretz) 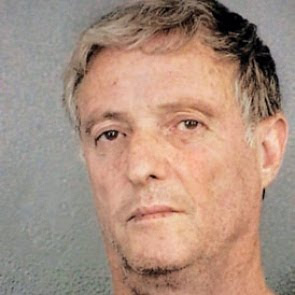 Evidence at the trial of Israeli arms dealer Chanoch Miller, who is in a South Florida jail, indicates that U.S. customs agents forced him to fly to the United States against his will. In other words, he was practically kidnapped.
Miller is waiting for the start of his trial on charges of conspiring to export arms from the U.S. to Somalia, money laundering and violating the UN Security Council embargo, which prohibits the sale of arms to the failed African state
News of his arrest and the charges against him have already been published in the Israeli press, but recently new details about the incident have emerged.
Arrested at the about same time as Miller was his partner in the arms trade, retired U.S. Air Force colonel Joseph O'Toole, from the San Diego area.
Miller testified that he was been doing business with O'Toole for over 15 years. O'Toole has a history of involvement in shady arms deals. In the late 1980s, he was tried (the case was dropped in 1991 ) for his part in the sale of arms to the Contra rebels in Nicaragua, in what became known as Iran-Contra affair.
For a $4,000 commission, O'Toole introduced Miller to a third person, who was supposed to arrange the leasing of planes to fly around 2,000 of Kalashnikov assault rifles to start with, from Bosnia to northern Somalia.
The three planned to arrange 100 flights to Somalia.
Unfortunately for Miller, the "third person" was an informer for the U.S. Immigration and Customs Enforcement agency and followed his handlers' instructions to set a trap for the two men. 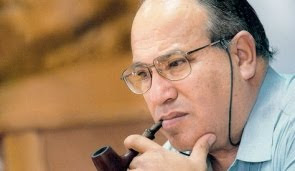 
At a court hearing on July 2, Blake Schnitker, an agent from the Pentagon's criminal investigations department, who oversaw the investigation, testified.


Schnitker admitted that Miller was flown to the U.S. from Panama against his will, and without knowing that a trap had been set for him. His testimony and the indictment show that through O'Toole, and later on his own, Miller exchanged e-mail messages with informer, whose name the authorities are not disclosing. The informant told Miller that he had 200 Kalashnikov rifles in his Florida warehouse and another 500 in a warehouse in Panama. Miller asked him to send the 200 rifles to Panama and from there, to fly all 700 rifles to Somalia. In return, Miller wired $116,000 from his Israel Discount Bank account to the informant, who was under the supervision and control of the American law authorities. At the request of the informer, the two arranged to meet in Panama. Miller flew from Israel to Canada and from there to Brazil and eventually to Panama. But upon his arrival on June 18 at the Panama airport, immigration officials there informed him that he was barred from entering the country. Schnitker said in his testimony that everything was coordinated between U.S. and Panamanian authorities. At the airport, there were two U.S. Customs agents already in position, named Skidmore and Al Dangelis, who were following Miller. Court documents list no first name for Skidmore. Miller asked to be flown to Israel, but the Panamanian authorities informed him he could only fly back to the destination he had come from, Brazil. His Israeli passport was confiscated and he was delayed for several hours at the airport.
Afterward, they gave him a boarding pass issued by American Airlines, which flies to Brazil via Miami. Miller said he did not have a U.S. visa but Panamanian government officials reassured him that everything would be okay. Lacking any other choice, Miller agreed, still without suspecting he was being followed. Skidmore and D'Angelis boarded the plane with Miller. When they landed at the international airport in Miami, they arrested Miller and transferred him for questioning by Pentagon agents. On his confiscated laptop, the American agents found ample documentation, including blank documents from the Ministry of Defense of Chad - forgeries intended to fool authorities into believing the weapons were destined for Chad and not Somalia. There was also evidence found on the laptop that indicated Miller was also planning to sell arms to Guinea. His lawyer, Daniel Friedman, requested Miller's release on bail, but the prosecutor objected and described him as dangerous to the public. The judge ruled that he continue to remain in detention.
Miller, 54, studied aeronautical engineering at the Technion under the auspices of the officer candidate academic studies program, and served in the airplane design unit of the Air Force at its headquarters in Tel Aviv's Kirya compound. He was discharged with the rank of captain and together with two other partners set up Radom, a company that worked with the Defense Ministry and the air force, and which also worked abroad, including upgrading airplanes belonging to the Chad Air Force, among other things. Three years ago, Miller sold his share of Radom and became an independent arms dealer. He is married and is the father of three daughters and a son. One of his daughters traveled to Florida in order to be near him and visit him in jail, twice a week. The Israeli consul in Miami, Mazal Saidiyan, also visited him in jail, but beyond that, it does not appear that Israel intends to intervene on his behalf. Miller faces up to 75 years in jail and a $2 million fine. His attorney and family declined to comment on the contents of this article.
Dagan isn't saying goodbye
Ten days ago, the Mossad Intelligence and Special Operations agency celebrated 60 years since its establishment. The ceremony at Tel Aviv University's Smolarz Auditorium was intended mainly for the organization's thousands of veterans over the years. Those who came heard greetings from President Shimon Peres, and there was a bit of irony in that. When he was deputy defense minister, in the 1960s, Peres clashed with Mossad chief Isser Harel. Afterward, as defense minister and prime minister, he was not seen as a fervent supporter of the Mossad. This time, as president of the state, he spoke of the organization's accomplishments and praised it. Before Yehuda Poliker took the stage with his bazouki, the audience heard from the current Mossad chief, Meir Dagan. Beyond the standard remarks one would expect to hear at such events from the organization's chief, the speech had a subtext. Listeners were left with the impression that Dagan was trying to say: do not eulogize me; I still have energy left in me. It is unclear whether Dagan was trying to hint that his eight-year tenure will be extended, contrary to the latest media reports which are discussing who will replace him, or if he was trying to say that there is also life after the Mossad.
Posted by Siad barre at 8:44 PM