FBI agents are assisting Ugandan police in their search for al-Shabaab terrorists. 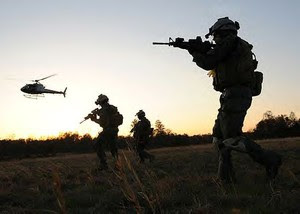 The FBI New York Joint Terrorism Task Force (JTTF) deployed a team of agents, analysts, and forensic experts to assist the Ugandan authorities in their search for the terrorist bombers responsible for the July attack.

On July 11, 2010, Uganda was the target of a series of terrorist attacks in its capital city, Kampala, in which over 70 individuals were killed by bombers later identified as members of the Somali terrorist group Al-Shabaab.

The first bomb exploded at approximately 10:30 p.m. at an Ethiopian restaurant in Kabalagala. The second bomb exploded at approximately 11:20 p.m. at a rugby club. A third bomb also exploded at almost the same time at the rugby club. The first two bombs were thought to have been triggered by suicide bombers. At both venues, victims were gathered to watch the final World Cup soccer match.Following the terrorist attacks, Uganda authorities made a request through the U.S. Embassy in Kampala for a team from the FBI to assist with their investigation. Included were members of the FBI from other parts of the country with expertise in specific portions of the investigation such as evidence collection and explosive analysis.As part of the investigation, the FBI and Uganda law enforcement officials are seeking information regarding the identity of the two suicide bombers. Photos have been reconstructed to demonstrate how the two suspected male bombers may have appeared.Major General Kale Kayihura, Inspector General of Police said, "This was a horrific event for the people of Uganda and we are dedicated to tracking down those responsible for this heinous crime. Terrorist activity must be stopped and the police force will do everything possible to keep our citizens and visitors safe. We thank the U.S. Embassy for arranging for the FBI to travel to Uganda and assist us with our critical investigation. I thank the FBI, the British High Commission, New Scotland Yard, and Interpol among the many others nations and agencies that are assisting us at this time.""Our teams are working exceptionally well together in all facets of the investigation," he added.FBI Special Agent in Charge, Nathan Gray who is serving as the commander of the FBI's team in Uganda said, "Uganda suffered a horrible attack as people peacefully cheered during the World Cup. We are appreciative of the complete support from Inspector Kayihura and the police force as we work together to support their investigation. The United States has been victim to serious terrorist attacks and we have learned that partnerships, such as the one we have with Uganda are critical in investigating and preventing these attacks."FBI Assistant Special Agent in Charge Don Borelli of the New York office is serving as the deputy commander and overseeing the daily operations. Agent Borelli stated, "The New York office of the FBI brings a wealth of experience in investigating terrorism cases. Working closely with our Uganda law enforcement partners we will do everything possible to help find the perpetrators of this horrific event