"What happened in Kampala is just the beginning!" So warned Abu Zubeyr, the leader of al-Shabab, which claimed responsibility for the bombings in the Ugandan capital that killed more than 76 people who had gathered to watch the World Cup soccer finals. In the bombings' wake, al-Shabab has drawn renewed attention for its murky links to al-Qaeda, and analysts once again are warning that failed states are a mortal threat to American national security. In fact, the case of Somalia and al-Shabab proves precisely the opposite. That Somalia is a failed state is beyond dispute. Foreign Policy magazine just published its annual Failed States Index, and for the third year running Somalia ranks No. 1. Somalia has had no functioning government since 1992, longer than probably any other present-day state. This is a tragic situation, but U.S. policymakers seem convinced it's also one that poses a grave danger to American national interests. "Dealing with such fractured or failing states is, in many ways, the main security challenge of our time," Defense Secretary Robert Gates has said. Hillary Clinton has voiced strong support for this view. When Condoleezza Rice was secretary of state, she used to call failed states the worst threat to American security, as did a host of scholars, U.N. officials and pundits. The chief exhibit for this far-reaching claim was, of course, Afghanistan, which descended into chaos in the 1990s and became a staging ground for al-Qaeda as it prepared to attack America. But Afghanistan's story is a bit more complicated. The Taliban came to power there with support from the Pakistani military, which had long supported radical Islamists. The group also received private and public support from Saudi Arabia, which viewed it as a convenient dumping ground, far from home, for its radicals. Today there are very few al-Qaeda members in Afghanistan -- 60 to 100, says CIA head Leon Panetta -- and al-Qaeda operates out of Pakistan. As scholar Ken Menkhaus has pointed out, global terrorism seems to profit less from failed states and more from weak ones, such as Pakistan, where some element of the regime is assisting the terrorists. After all, many drastically failed states (Burma, Congo, Haiti) pose no global terrorist threat. 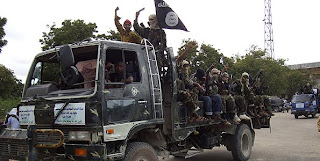 The trouble with trying to fix failed states is that it implicates the United States in a vast nation-building effort in countries where the odds of success are low and the risk of unintended consequences is very high. Consider Somalia. In 1992, after the government's collapse, U.S. troops were sent into the country as part of a U.N. mission to avert famine, but they soon became entangled in local power struggles, ending in a humiliating withdrawal. About a decade later, worried by the rising strength of a radical movement called the Islamic Courts Union, Washington began funding rival Somali factions and finally gave tacit backing to an Ethiopian intervention. The Islamic Courts Union was destroyed but regrouped under its far more radical, violent arm, al-Shabab, which is on the rise. Somalia highlights the complexity of almost every approach to failed states. If Washington goes after the militants aggressively, it polarizes the political landscape and energizes the radicals, who can then claim to be nationalists fighting American imperialism. If it talks to them, it is accused of empowering jihadis. The real answer, many argue, is to strengthen the state's capacity so that the government has greater legitimacy and the opposition gets discredited. But how easy is it to fast-forward political modernization, compressing into a few years what has taken decades, if not centuries, in the West? All these dilemmas are on full display in Afghanistan. What to do in Somalia? In a thoughtful report, Bronwyn Bruton of the Council on Foreign Relations makes the case for "constructive disengagement." The idea is to watch the situation carefully for signs of real global terrorism -- which so far are limited. Al-Shabab's "links" with al-Qaeda seem to be mostly rhetoric on both sides. But if they become real and deadly, be willing to strike. This would not be so difficult. Somalia has no mountains or jungles, making it relatively hospitable for counterterrorism operations. Just be careful not to become a player in the country's internal political dynamics. "We have a limited capacity to influence events in Somalia, to influence them positively," says Bruton. "But we have an almost unlimited capacity to make a mess of things."
Fareed Zakaria is editor of Newsweek International. His e-mail address is comments@fareedzakaria.com.
Posted by Unknown at 5:00 PM