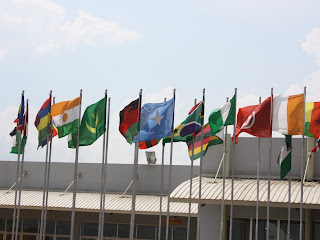 WASHINGTON (Reuters) - U.S. Attorney General Eric Holder will visit Uganda on Sunday, two weeks after a suicide bombing attack killed 76 people, including one American, the U.S. Justice Department said on Friday.Holder will speak to the African Union and is expected to address the July 11 suicide bomb attacks carried out by al Shabaab Islamist rebels, a Justice Department official said. 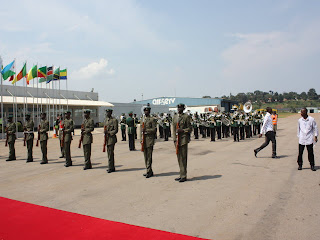 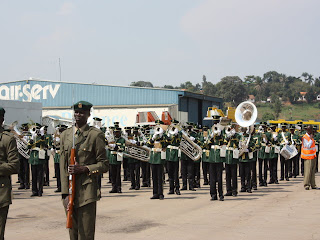 U.S. intelligence agencies have warned of growing links between al Shabaab in Somalia and al Qaeda's network in East Africa. The Obama administration has made it a priority to track and target top militants in both groups.The violence in Mogadishu has intensified since al Shabaab bombers killed 76 people watching the World Cup final in Uganda's capital. They were the group's first successful strikes outside Somalia.A team of FBI agents, analysts and forensic experts from New York were dispatched to help with the investigation of the bombing at the request of Uganda authorities.Holder plans to travel to Egypt to meet with government officials on Monday through Wednesday.
Posted by Siad barre at 5:42 PM