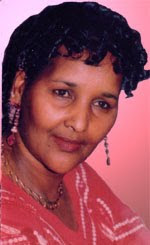 Local Somali media outlets has today reported that Dhabshiil Money Transfer Company CEO Abdirashid Mohamed Said Duale has promised $2,000,000.00 USDollars (Two Million Dollars) for anyone kills the great Somali Singer Ms. Sado Ali Warsame. Sado Ali Warsame is a staunch supporter of Sool, Sanaag and Cayn of North Somalia (SSC) and is opposed to the secessionist Issak One-Clan-Somaliland enclave. Saado Ali warsame has been lately singing for the SSC State and the unity of Somalia.
Meanwhile, as quljeednet.com has reported Dahabshiil is the financier of the SNM leader and war criminal Ahmed Mohamed Siilaanyo who is slated to takeover the secessionist entity. This fresh report is one more indication that Dahabshiil and the one-clan -Somaliland break away enclave are involved in terroist activities and are allied to Al Shabaab.Sado Ali a singer of a national stature is being targeted by the secessionists for her political opinion and opposition to the secession fantacy.For more information on this news, please visit allmudugnews.com and waagacusub.com (news in the Somali language)
people in South Asian countries often used an informal network of brokers, called an "hawala," to transfer money over long distances when it was too inconvenient or dangerous to send cash by courier.

Dahabshil is "hawala," transfer money system. the centuries-old system still exists and is used to move billions of dollars annually in and out of countries like Pakistan, Afghanistan and Somalia

Al Shabab leader Ahmed Godane aka Sheik Mokhtar Abu-Zubeyr is From Somaliland Region of Somalia
Posted by Unknown at 4:00 PM