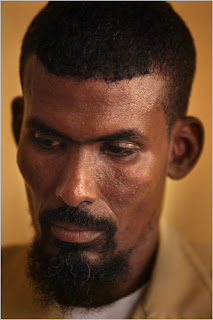 NAIROBI, Kenya -- A senior Somali official says security forces in the semiautonomous Puntland region have arrested 12 pirates, including a prominent gang member whose assets were frozen by the U.S. Treasury Department last month.
Abdi Hirsi Qarjab, the governor of Nugal region, says the gang was arrested Tuesday in an operation to crack down on pirates.
Qarjab said Thursday that Abshir Abdillahi, who is also known as Abshir Boyah, was captured as he tried to flee the town of Garowe. He said $29,500 in cash and two pistols were recovered from his car.
The Treasury Department last month froze the assets of nearly a dozen suspected Islamist militants in Somalia, including the 44-year-old Abdillahi.
Copyright 2010 The Associated Press. All rights reserved. This material may not be published, broadcast, rewritten or redistributed.
we broke the story