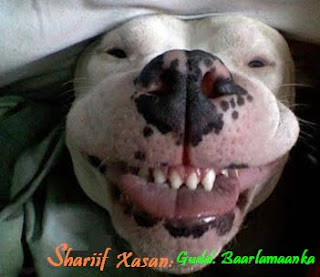 MOGADISHU — Somalia's parliament on Friday elected Sharif Hassan Sheikh Adan as its speaker following a crisis within the country's transitional institutions that led his predecessor to resign.
Adan, who already held the position between 2004 and 2007, was elected by 217 lawmakers out of 388 present during the parliamentary session in the capital Mogadishu.
"I want MPs to be united so that we can overcome the current political situation," he said in his acceptance speech. "We must forget past differences and work towards a better future for Somalia."
Adan, who was ousted as parliament speaker in 2007 over his opposition to the Ethiopian military intervention welcomed by then president Abdullahi Yusuf Ahmed, also said he would seek to rally international support.
A bitter dispute within Somalia's fragile transitional federal institutions flared earlier this month when then speaker Sheikh Adan Mohamed Nur blamed Prime Minister Omar Abdirashid Sharmarke for the country's woes.

Parliamentarians, angered by the speaker's comments, passed a vote of no confidence against him and appointed a temporary replacement.
During a week of political confusion, Nur offered his resignation and President Sharif Sheikh Ahmed vowed to reshuffle the government before recognising such a move was unconstitutional and reversing his decision.
Posted by Siad barre at 3:46 PM