US Cautions Ethiopia on Election Flaws 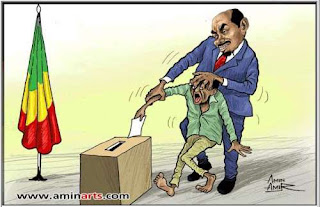 The United States cautioned Ethiopia Wednesday that future bilateral relations will be shaped by whether the Addis Ababa government is responsive to international criticism of its just-completed elections.
The State Department said the election rules heavily favored the ruling party, which virtually swept the parliamentary vote.

The Obama administration says while it values Ethiopian cooperation on regional security and other issues, it is disappointed with the conduct of the election and warned that the relationship will be affected by whether or not the government addresses election concerns...more..voa