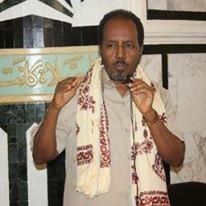 
Credible Information received by media Online leaked that nine Al Qaeda- affiliated militants, among them Somalia president’s Nephew Mohamed Salad , 24 years old, was involved in the attack on presidential palace ( 21the February).
Mohamed Salad, who was a presidential security guard, coordinated the attack carried out by a group of  Al Shabab militants wearing military fatigues and carrying guns and grenades attacked the presidential palace with two car bombs.
Keydmedia Online source revealed that Mohamed Salad was the son of Nuurto Sheikh Mohamud, sister of Somalia president and native tribe Baadicade ( Hawiye ). Some security force members reportedly helped the attackers for Al shabab’s raid on the president’s residence.
In Friday's attack, a speeding car full of explosives rammed into a barricade erected by soldiers protecting the presidential palace, causing an explosion and sending plumes of smoke into the sky.
Amid the mayhem, gunmen leading Somali president nephew Mohamed Salad were seen chanting "God is great" then moved toward a second gate and tried to force their way into the complex. Salad and his team were killed in a shoot out engaged with Somali and AU troops inside the coumpound.
President Hassan Sheikh Mohamud was unharmed, but two government—Former deputy intelligence commander  Nur Shirbow and an aide to the prime minister, a Somali-Canadian named Mohamud Hersi Abdulle were killed in the Al shabab attack.
However, Somali government officials have yet commented fully on how Al shabab attackers dared to assassinate the president "in broad daylight"  as the compound is heavily protected by Somalia and AMISOM especial security forces.
The attack underscores a worrying new trend in Mogadishu: That despite a period of relative calm following al-Shabab's ouster from Mogadishu in August 2011, militants have carried out a series of deadly assaults in recent weeks that have seen the city hit with mortar fire and pitched battles.
Posted by Siad barre at 5:44 AM