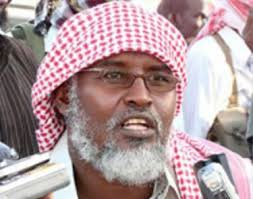 
Sheikh   Ahmed Mohamed Islam (Madobe )has failed miserably to identify who is the Jubbaland enemy ? is al shabaab jihadist Salafists

Kismayo — The commander of Somalia's Jubaland security forces Isse Mohamed Allaki (Isse Kamboni) from Ogaden Clan was gunned down by Al Shabaab defector in the southern port city of Kismayo on Monday evening, terror free Somalia  reports.
According to witnesses, the attacker fired live ammunitions at late Isse Kamboni and his security escorts. Jubaland officials said via telephone from Kismayo that two of his body guards were also killed in the pre-planned attack.
"The killer is Ogaden Clan former Al Shabaab fighter, he gunned down Isse and two of his bodyguards from Ogaden Clan . One bodyguard sustained serious injuries to his upper body but he later died of gunshot wounds at Kismayo General Hospital," an official within Jubaland administration told terror free Somalia  .
Al Qaeda linked Al Shabaab group claimed credit for the attack in a recorded statement, saying they killed Isse kamboni in a planned attack by a special division from Al Shabaab.
Jubaland gained its recognition form Mogadishu-based Federal government after intense bilateral talks in Ethiopian capital of Addis Ababa in August 2013.
Posted by Siad barre at 9:44 AM