Head of security for the Jubbaland admin assassinated by his own body guards who worked for al Shabaab.Jubbaland interim Administration’s security chief assassinated in Kismaayo alongside 3 bodyguards 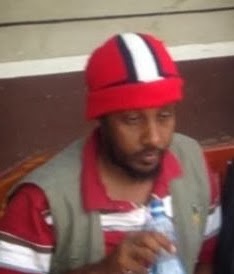 The head of security for the Interim Jubbaland Administration Mahmud Mohumed Alaaki who was more commonly known as “Issa Kamboni” was killed last night in Kismayo at around 8PM with three of his bodyguards in planned assassination claimed by Al-Shabaab.

Issa Kamboni was appointed as head of security for the Jubbaland administration around mid last year after the former head was killed in a battle in Kismayo between armed forces belonging to Ahmed Madobe and Bare Hirale.
Issa Kamboni is said to be a Kenyan of Somali origin who was at many points of his life part of militant movements such as the Kamboni brigades and Hizbul Islam. He was also accused of carrying out acts of terror inside Kenya in the late nineties, however he became most notable for his involvement in fighting the Ethiopian army in Mogadishu as a Hizbul Islam commander.
According to several sources Issa Kamboni was travelling in his vehicle with three of his bodyguards when operatives belonging to militant Al-Shabaab group assassinated him in what seemed like well devised plot.
Numerous residents in Kismayo, many of whom are deemed as Hirale loyalists, complained of Issa Kamboni’s brutal methods and iron fist rule. Others claimed that he was behind several assassinations in Kismayo using the brutal methods he had learned as a militant while part of the Kamboni brigades.
The assassination of Kamboni has no doubt added to the already delicate state of affairs in Kismayo with many fearing that fighting in the city is bound to erupt before long.
Posted by Unknown at 8:24 AM