Kenya: Al-Shabaab Leader On the Run After Two Near-Death Misses

Mogadishu — Twice in the past month, al-Shabaab leader Ahmed Abdi Godane has narrowly escaped death at the hands of the Kenyan and US militaries, according to local sources.
Godane, also known as Abu Mukhtar al-Zubayr, has led al-Shabaab since 2008, and is at the top of the list of most-wanted Somali terrorists with a $7 million bounty on his head.
It appears that in two recent strikes, one against an al-Shabaab base in Gedo and the other against a vehicle convoy in Lower Shabelle, Godane left the target zone only moments before the attacks ensued.On January 9th, Ahlu Sunna wal Jamaa (ASWJ) officials alerted the Kenyan Defence Forces that al-Shabaab leaders were meeting in Birta Dher village, about 18 kilometres south of Garbaharey in Gedo region."We told them that al-Shabaab's most senior man, Ahmed Godane, was present at the location," Mohamed Hussein al-Qadi, spokesman for government-allied ASWJ told Sabahi. "The strike came as a result of the co-operation between us, but unfortunately the most senior man whom we wanted to kill there escaped."While Godane escaped, the airstrike killed at least 30 al-Shabaab militants, including four leaders of the group.Then on January 26th, the US military launched a drone strike against a convoy of vehicles near Barawe in Lower Shabelle. The strike killed senior al-Shabaab official Ahmed Abdulkadir Abdullahi, also known as "Iskudhuq", and three other members of the militant group.Again, Godane was believed to have been at the scene just before the strike, but somehow got away in time. According to the Voice of America Somali service, which cited unnamed sources in its January 29th report, the al-Shabaab leader was actually injured in the attack.
According to the sources, Godane had a meeting with Iskudhuq a short while before the strike, and had originally planned to travel inside the vehicle that was eventually targeted.


Godane on the run

Not much is known about Godane or where he resides, and now there are questions about how he has managed to escape multiple attempts on his life.
"Ahmed Godane invests a lot of time in his security. He is a careful man who has safety instincts, which he uses to monitor activities targeting his life," said Abdirahman Isse Addow, director of state-run Radio Mogadishu and former spokesperson for the Islamic Courts Union.
Addow told Sabahi that Godane does not even have full confidence in the Amniyat intelligence unit that defends him. "He might use such strategies as asking his security personnel to guard his location from a distance and then sneak away from while they think he is still there," he said.
Godane also stays away from modern technology, which he thinks can be used to target him, Addow said.Addow said the main reason al-Shabaab banned internet-capable mobile phones in areas it controls is because Godane is trying to prevent the people around him from using the internet to spy on him. Abdi Aynte, director of the Hawiye clan  think-tank Heritage Institute for Policy Studies, said al-Shabaab is afraid the internet will be used to target them."Telephones with internet service can be used to communicate with the international intelligence agencies that are after al-Shabaab," he told Sabahi. "They are particularly afraid of the unmanned drones that have restricted the movement of al-Shabaab leaders." 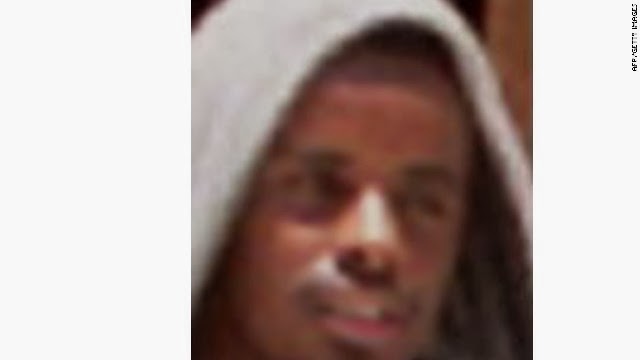 While Godane remains at large, Addow said Somali and allied forces should focus their efforts on taking out his inner circle and other al-Shabaab leaders first, and then kill Godane with ease when he is the only one left."If the leader of the group is killed first, this could result in the escape of the other officers," he said. "However, if they are killed while they are connected to him, he can be killed with ease and the group will thus be destroyed."If Godane is killed, al-Shabaab will split into several opposing factions, infighting will ensue and some will flee to neighbouring countries, Addow said.
Others are upset, however, that Godane has survived this long and is still able to kill innocent people, and have called on Somali government forces, the African Union Mission in Somalia (AMISOM) and allied forces to capture or kill him as soon as possible.
"The international community should not need that much time to capture this man who is killing the people," said chairman of the Somali Justice and Development Party Mohamud Weheliye Waqa, who also served as a member of parliament under the Transitional Federal Government. "The appropriate steps have not been taken really or he could have been captured or killed a long time ago"
"AMISOM is now 22,000 in number. Why can't they go to where al-Shabaab is based and free the areas where they are mistreating people?" he asked.
Qasim Ahmed, a 27-year-old resident of Taleh neighbourhood in Mogadishu, said the priority should be bringing Godane to justice."The man has to be captured immediately and brought to court so that the people who helped him can be identified," he told Sabahi.Shuaib Dirie, a 29-year-old resident of Wadajir district in Mogadishu, said the Somali people can play a key role in Godane's capture.
"If Barawe and other places where al-Shabaab is located are attacked, Godane will flee to the rural areas and then the rural residents will tell the government where he is hiding," he said.
Posted by Unknown at 4:01 AM