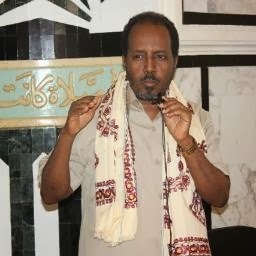 Group addressed to the Chair of the Committee

Excellency,
I have the honour to address you in my capacity as Coordinator of the Somalia and Eritrea Monitoring Group (SEMG) mandated pursuant to paragraph 27 of Security Council resolution 2111 (2013).
I am writing generally regarding the status of modifications to the arms embargo on Somalia provided for by Security Council resolutions 2093 (2013) and 2111 (2013), and specifically pursuant to the reporting requirements given to the Monitoring Group in paragraph 41 of resolution 2093 (2013). The investigations of the Monitoring Group regarding the arms embargo on Somalia are ongoing and the observations below reflect preliminary conclusions regarding trends identified by the Monitoring Group. However, this initial assessment is being provided to the Security Council Committee pursuant to resolutions 751 (1992) and 1907 (2009) concerning Somalia and Eritrea (hereafter “the Committee”) in advance of the 6 March 2014 deadline set by resolutions 2093 (2013) and 2111 (2013) and the forthcoming informal consultations of the Committee on 21 February 2014.
The Monitoring Group has identified a number of issues and concerns over current management of weapons and ammunition stockpiles by the Federal Government of Somalia (FGS), which point to high level and systematic abuses in weapons and ammunition management and distribution. In addition, the Monitoring Group assesses that the FGS has not complied sufficiently with the provisions of paragraph 9 of resolution 2111 (2013) in respect of its requirement to report to the Security Council on its military structure, logistical infrastructure and arms control procedures. Furthermore, notification procedures for the delivery of weapons to Somalia appear to be insufficiently detailed and pose serious challenges to the ability of the Monitoring Group to monitor the diversion of weapons in a context where the FGS has only agreed to give partial visibility over its stockpiles to the Monitoring Group...more
Posted by Unknown at 9:56 AM