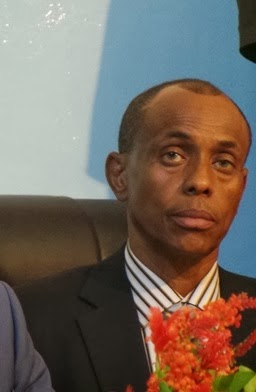 Rest in Peace my cousin marxuum Maxamud Xirsi Cabdille (Indhacase). My prayers are with his wife and his 9 children in Ottawa,Canada. It is very sad day for all of us

OTTAWA — A former Ottawa man was killed in a suicide attack Friday at the presidential palace in Mogadishu, Somalia. 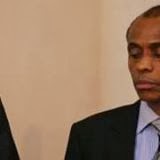 Mohamoud Abdulle, a Canadian citizen, was one of those killed, according to a statement from Foreign Affairs Minister John Baird released late Friday.
Militants with al-Shabaab, an al-Qaida-linked group, claimed responsibility for the attack, which killed a number of people, including worshippers attending Friday prayers and two government officials, according to the Canadian and Somali governments.
Abdulle, who had reportedly worked in Ottawa as a teacher and at the Youth Services Bureau, had returned to his native Somalia to work with the Somali prime minister.
“His death reminds us all of the great risks and sacrifices Canadians take around the world in support of greater peace and security,” Baird said in his statement, which condemned the attack and expressed condolences.
Nine al-Shabaab militants wearing military fatigues and carrying guns and grenades died after attacking the palace with two car bombs. President Hassan Sheikh Mohamud was unharmed.
Friday’s attack against the compound where the president and prime minister live began with a car bomb explosion, followed by an assault by gunmen on palace guards, said police Capt. Mohamed Hussein.
The Interior Ministry displayed the seven bloodied and dead bodies of the attackers and said two others blew themselves up. The wreckages of two car bombs lay nearby.
Al-Shabaab has been waging war in Somalia for years as it tries to oust a Western-backed government.
The attack underscores a worrying new trend in Mogadishu: That despite a period of relative calm following al-Shabaab’s ouster from Mogadishu in August 2011, militants have carried out a series of deadly assaults in recent weeks that have seen the city hit with mortar fire and pitched battles.
With files from The Associated Press
The Ottawa Citizen 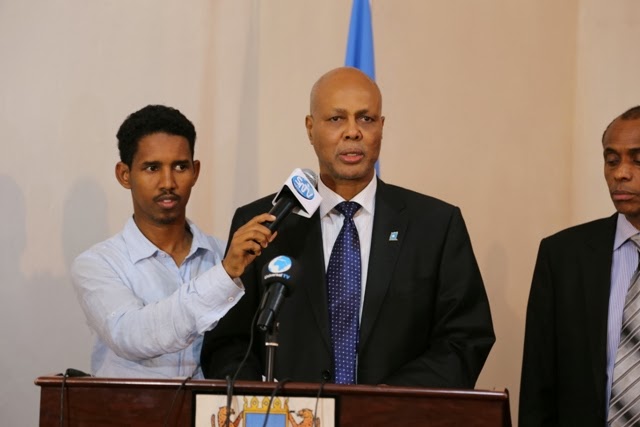 Mohamud Abdulle, Permanent Sec of Somali PM " with Prime Minister  press conference on the right side"  R.I.P
Posted by Unknown at 8:21 PM