Responding to state failure in Somalia 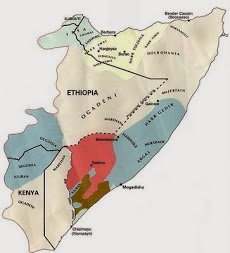 Strategically located in the horn of Africa, for the past few decades Somalia's place in the international spotlight has been secured by its complete political and economic failure as a state. The colonisation of this East African mono-ethnic nation by various European nations, and its subsequent devolution into a multitude of mini-fiefdoms, led to attempts to reunite the greater Somali nation after independence was granted. However, although Somalia had one ethnic group and religion, its internal politics was complicated by clan factions. Understanding the clan dynamics is central to understanding the difficulty of ruling Somalia. Siad Barre's 21-year dictatorship culminated in civil war; the various clans could not achieve consensus on a post-Barre political order. During its 20 years as a leading example of state failure, the international response to Somalia varied from direct military intervention and humanitarian assistance to simply no acknowledgement of the plight of the Somalis. In many cases, the international response addressed the symptoms of failure – treating famine, piracy or the terrorist threat – rather than the root causes of failure.
Posted by Unknown at 7:50 PM