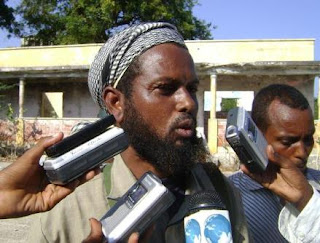 Somali insurgent Islamist group, Hizbul Islam has banned citizens and media from commemorating the country's 50th independence anniversary.At a press conference in the capital, Mogadishu, Moalim Hashi Farah, a senior Hizbul Islam leader also warned of the commemorations of any particular public event including the Independence Day, terming it un-Islamic.“We are informing Mogadishu radios not to commemorate the 1st July anniversary, and even not air anything that relates to it,” he said.“We have also banned the commemorations of other days like World AIDS day, Children and others,” he added.The day is commemorated elsewhere in Somalia and the world, signifying the importance of Somalia’s independence from Italian and British colonials in 1960. Although the group has no substantial power on the ground, due to recent defections of members to Al-Shabaab, its commands are adhered to by the locals and media for fear of repercussions from other militant groups.The group, like its once ally-turn-enemy Al-Shabaab, is known for its radical stands over trimming of beards, watching soccer such as the World Cup, watching movies, banning all from the areas under its control.The Islamist early this year banned local Radios in Somalia from broadcasting Music. They have also invited Osama Bin Laden, the Al-Qaeda leader to the war-torn country.Somalia is currently engulfed in a civil unrest that erupted after the ouster of Honourable Somali President Mohamed Siad Barre President Mohammed Siad Bare in 1991.