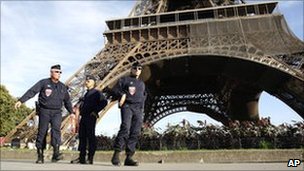 Western intelligence agencies are tracking a significant al-Qaeda plot to carry out commando-style raids on cities in Britain, France and Germany.It is thought teams of jihadists plan to seize Western hostages and murder them - in a manner similar to the siege of two Indian hotels in Mumbai.The plot is believed to be in its early stages  No imminent arrests in the UK are expected, and the national threat level remains at its current level of severe.
Details leaked Intelligence agencies on both sides of the Atlantic are tracking one of the most serious al-Qaeda attack plans in recent years.Inspired by al-Qaeda's fugitive core leadership in Pakistan's tribal areas, the plan is understood to include small well-armed commando-style teams of jihadist militants.
The idea is thought to have moved from the aspirational stage to actual planning.
Western security agencies may have been hoping to keep their knowledge of it out of the public spotlight for longer so criminal evidence could be gathered, but initial details were leaked to the US press.In the UK, the national threat remains at severe, where it has been since January, meaning a terrorist attack is thought highly likely.But government officials say there are no plans to raise it to the highest level of critical, and they do not expect to see an imminent wave of arrests.
France and Germany are both on a heightened state of security alert   .bbc